Stuffed Anaheim Peppers with ground beef and cheese are a Mexican flavoured dish with just a little hint of heat.

Anaheim Peppers are a large, mild chile pepper with a low heat level that’s tolerable for most people, even when eaten raw. And yes, these peppers get their name from the city of Anaheim, California, where they were first grown commercially.

However, Anaheim peppers actually originated in New Mexico, where they are a little hotter and are called Hatch peppers, after a city in that state.

The canned, green chiles that you can buy are usually Anaheims.

Peppers are the perfect stuffing vessel for any type of food for a few reasons. First, you can find stuffed peppers in almost all cuisines and diets. Secondly, there’s really no limit to what you can stuff a pepper with. They’re perfect for meat, chicken, cheese, grains, seafood, as well as any kind of veggie. And lastly, although they are delicious in their raw, fresh state, peppers hold up well to all kinds of cooking methods. They can be baked, roasted, grilled or cooked in a slow cooker.

Because we consume most hot peppers as seasonings, we don’t usually eat enough of them for any real nutritional benefit. The larger chile peppers, however, such as Anaheims, and Poblano peppers, have the same nutritional benefits as sweet peppers. Therefore, they are very high in Vitamin C, Vitamin A, Vitamin B6, Vitamin E, Folate, antioxidants, and fibre. 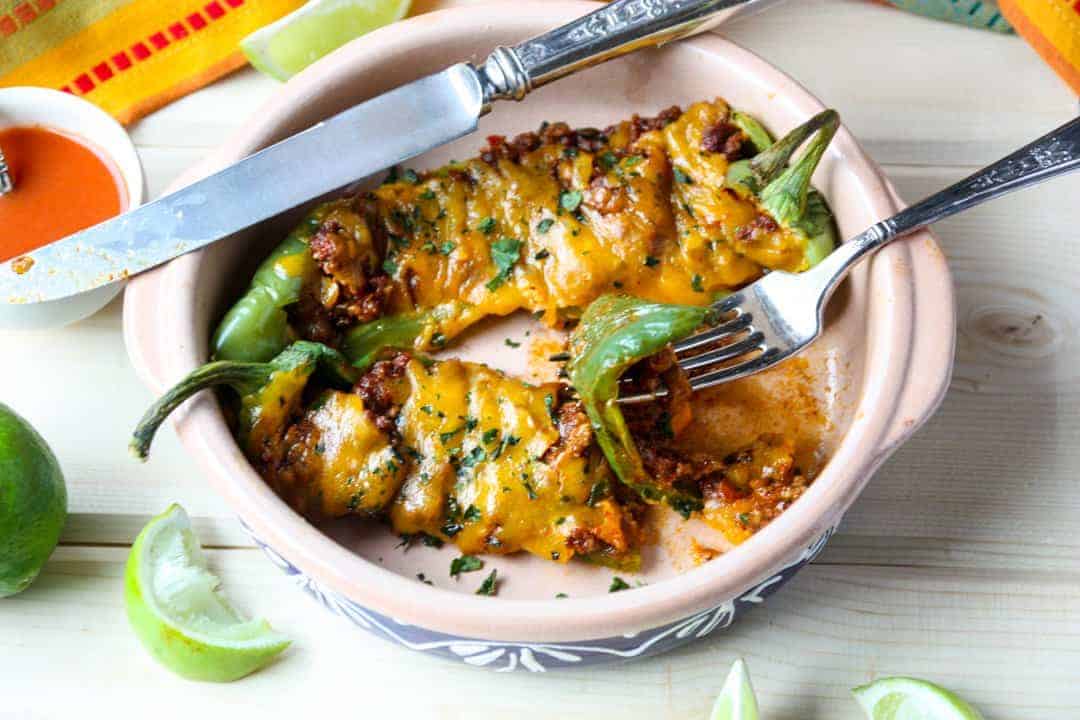 How to Make Stuffed Anaheim Peppers

Substitute ground turkey or chicken for the beef, or try shredded chicken. Chili powders can vary greatly, especially from country to country. The powder for this recipe is a typical chili powder sold in Canada and used to make chili con carne. It has lots of flavour but very little heat. If your chili powder is spicy hot, start with only one tbsp, taste, and adding more if needed. 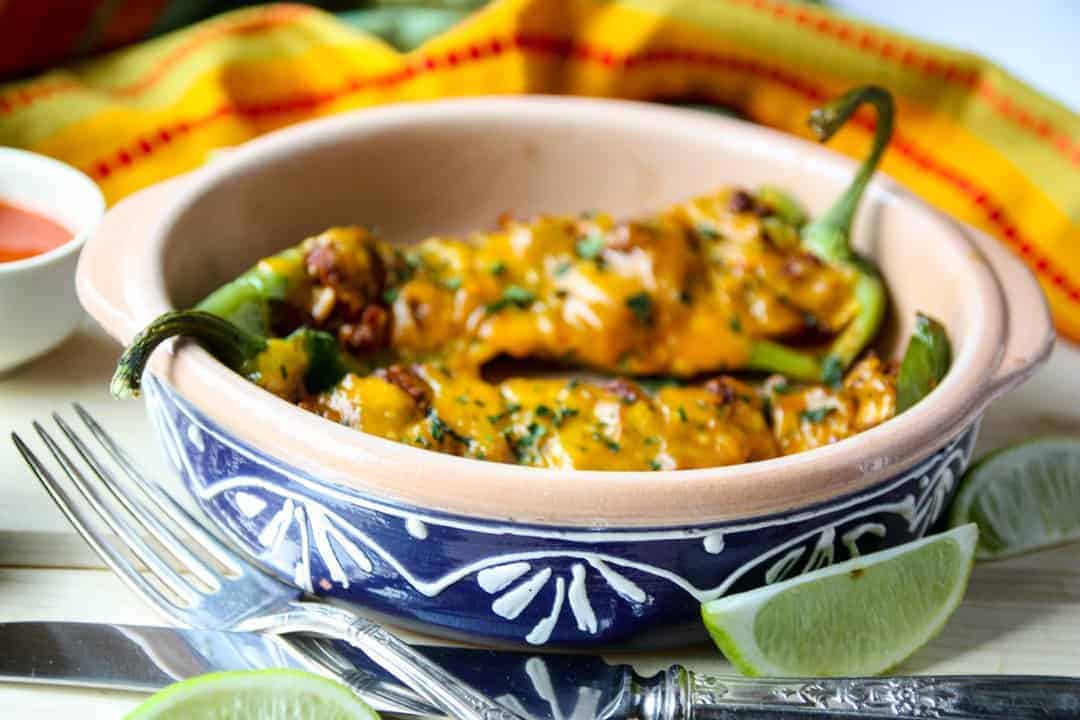