These Banana Blueberry Spelt Muffins are vegan, but more importantly, they’re moist, delicious, and healthy. So everyone, vegan or not, is going to love them. They’re vegan because they don’t contain eggs or butter. There’s no refined sugar, either. 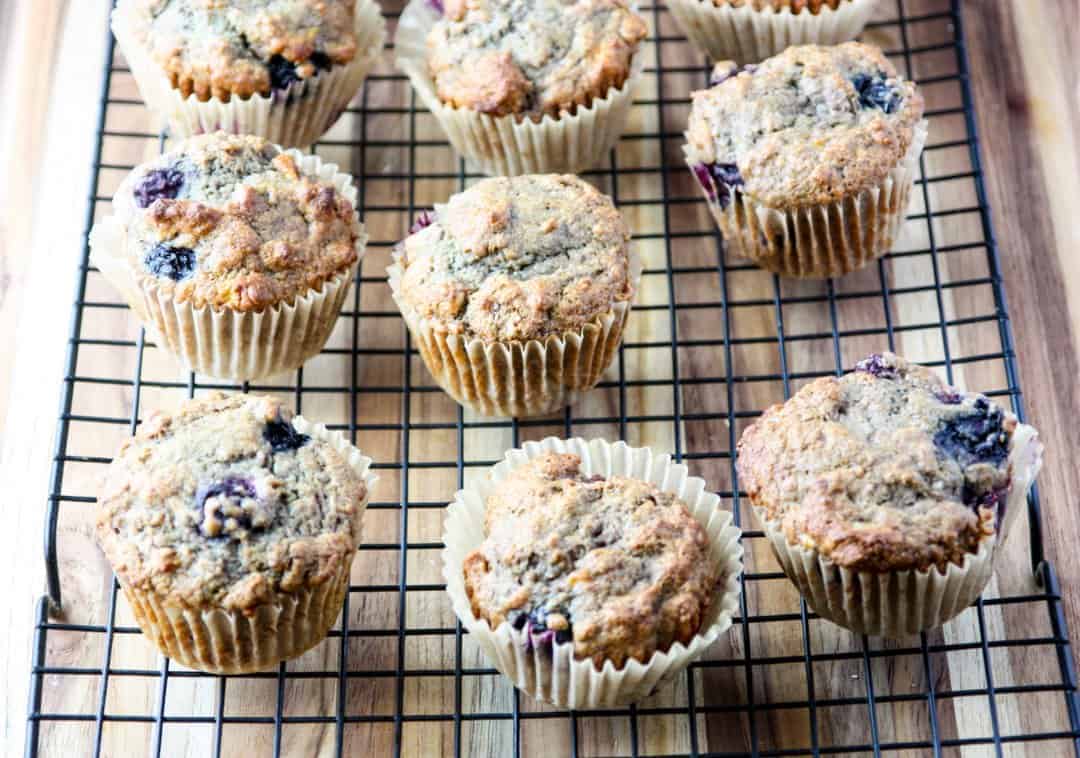 Besides, obviously, bananas and blueberries, these muffins are made with spelt flour, coconut oil, walnuts, and a flax egg. Which I’ll talk about a little later here.

Spelt is an ancient grain that’s thought to be about 9000 years old. That’s pretty ancient, right?! It’s a grain that’s in the wheat family, but spelt is a completely different species from our familiar bread wheat. Although spelt is not wheat, it’s important to note that still does contain gluten. Like most whole grains, spelt is high in protein, fibre, vitamins, minerals, and carbohydrates. It’s nutritional profile is similar to whole wheat, but it’s thought to be more easily digested than wheat. You can use spelt flour in the same ratios in any recipe calling for wheat flour. Here’s more detailed info on spelt: What is Spelt? 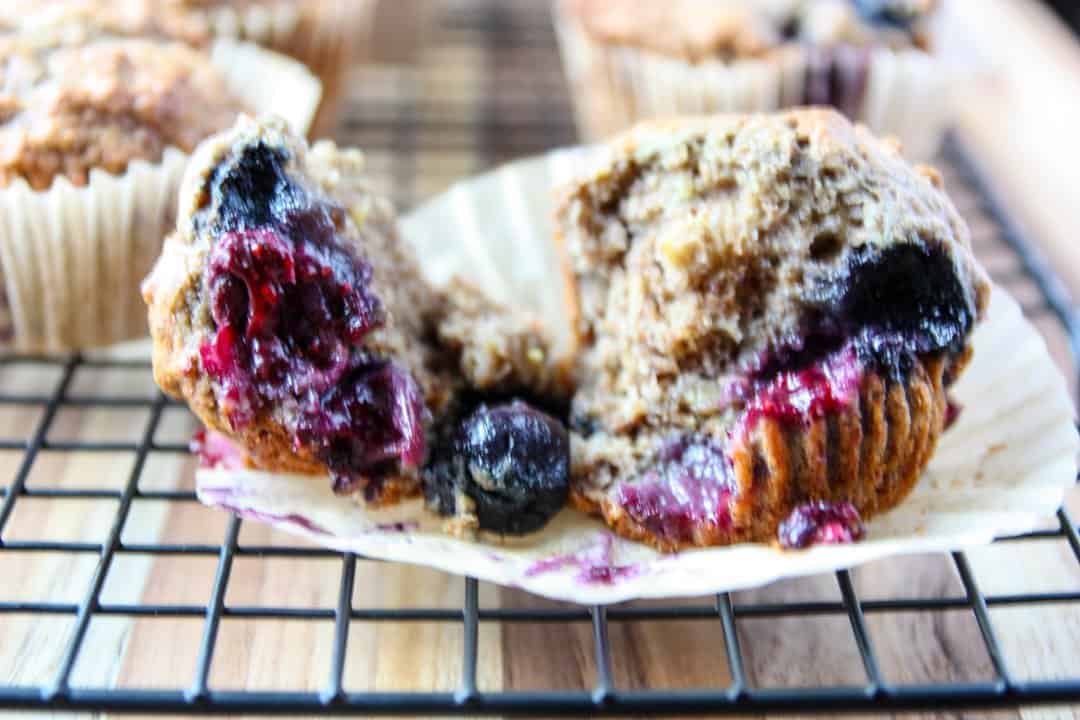 Being that the two flours are similar nutritionally and that both have gluten, the main difference for me lies in the taste and texture that the two flours give to baked goods. Spelt flour gives you a lighter and softer baking result and has a very mild, nutty and slightly sweet taste. It makes a great substitute for white flour when you simply want more nutrition. Depending on what you want your result to be, either flour works great. 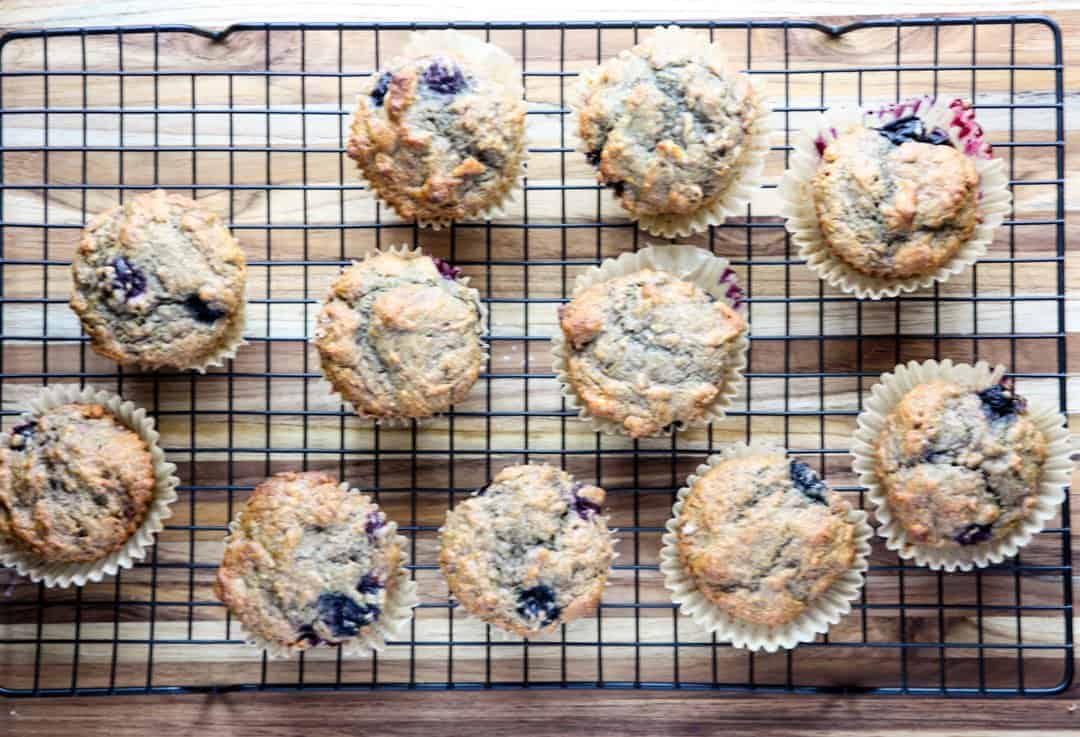 I’m not going to tout the benefits of eating coconut oil. There’s been so much hype about it. However, it is great for cooking and baking. And it’s super useful as a natural alternative for all kinds of cosmetic uses. But I’m just going to talk about cooking and baking here, of course. Coconut oil is a highly saturated fat. Like butter. And, like butter, it’s a healthy addition to any diet. In very small quantities. Both are real, and not manufactured foods. The difference is, of course, that coconut oil is a very good substitute for butter in a vegan diet. It also works really well when you want coconut flavour in your recipe, like in these Coconut Shrimp Tacos, or this Jackfruit Curry. 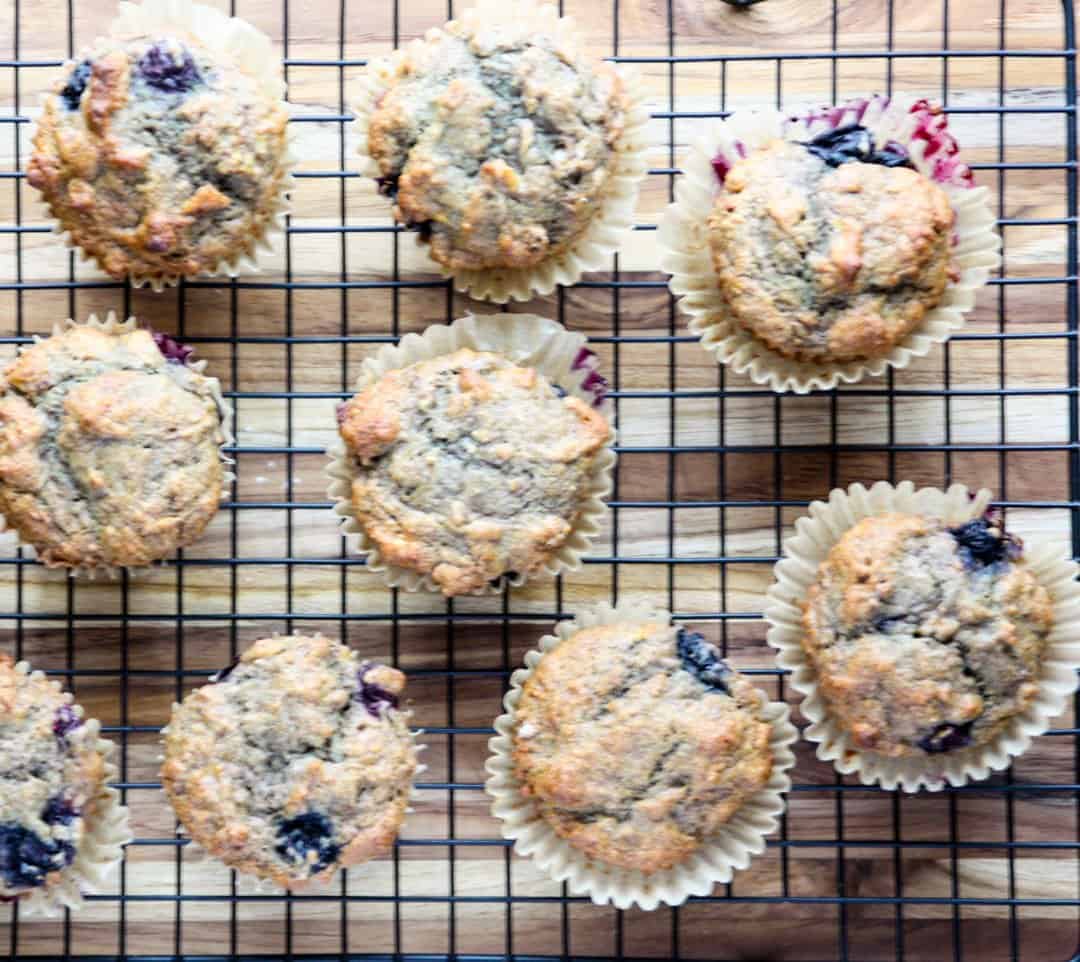 OK, Now About That Flax Egg

Many cooks and bakers who eat a vegan diet are familiar with a flax egg. Flax eggs make a great egg substitute in baking. If you haven’t heard of it, or tried it, it may sound strange to you. But really, a flax egg is simply a tablespoon of ground flaxseed that you soak in a few tablespoons of water. When soaked, the seed becomes a glutinous mass, much like an egg. The flax egg works like an actual egg as a binder in baked goods. Pretty simple! And it works. This recipe is proof of that. 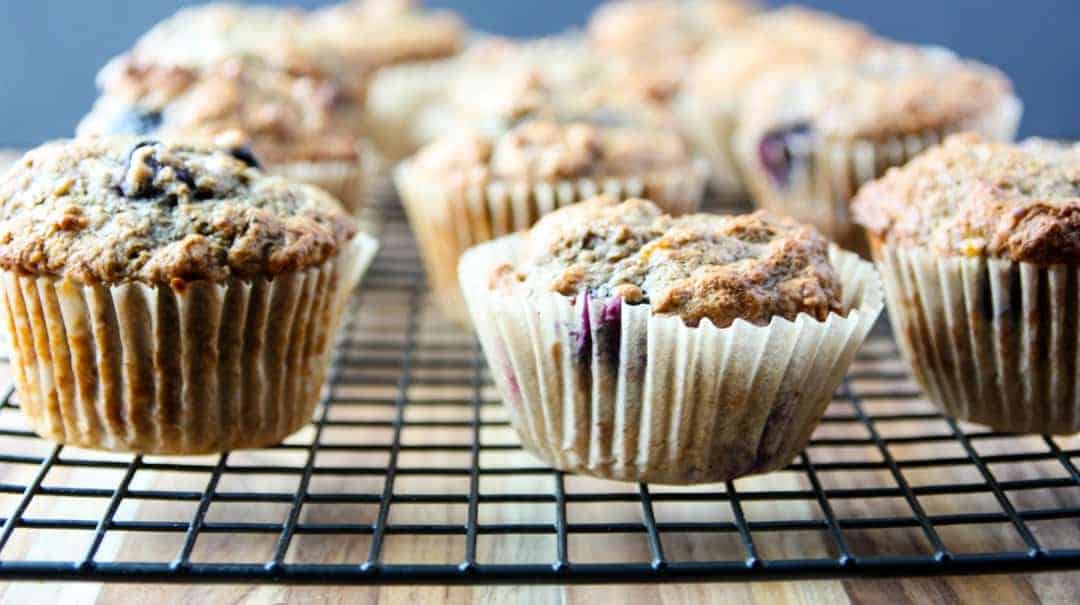 I used maple syrup as the sweetener in this recipe and I also added walnuts for a delicious nutty crunch. Even if you don’t adhere to a strict vegan diet, it’s always a good thing to widen the ingredient horizons. These healthy banana blueberry spelt muffins are so good, it doesn’t matter if you call them vegan (except to vegans), they will get gobbled up fast. And they are every bit as quick to whip up as your standard flour & egg muffins. But far more nutritious. 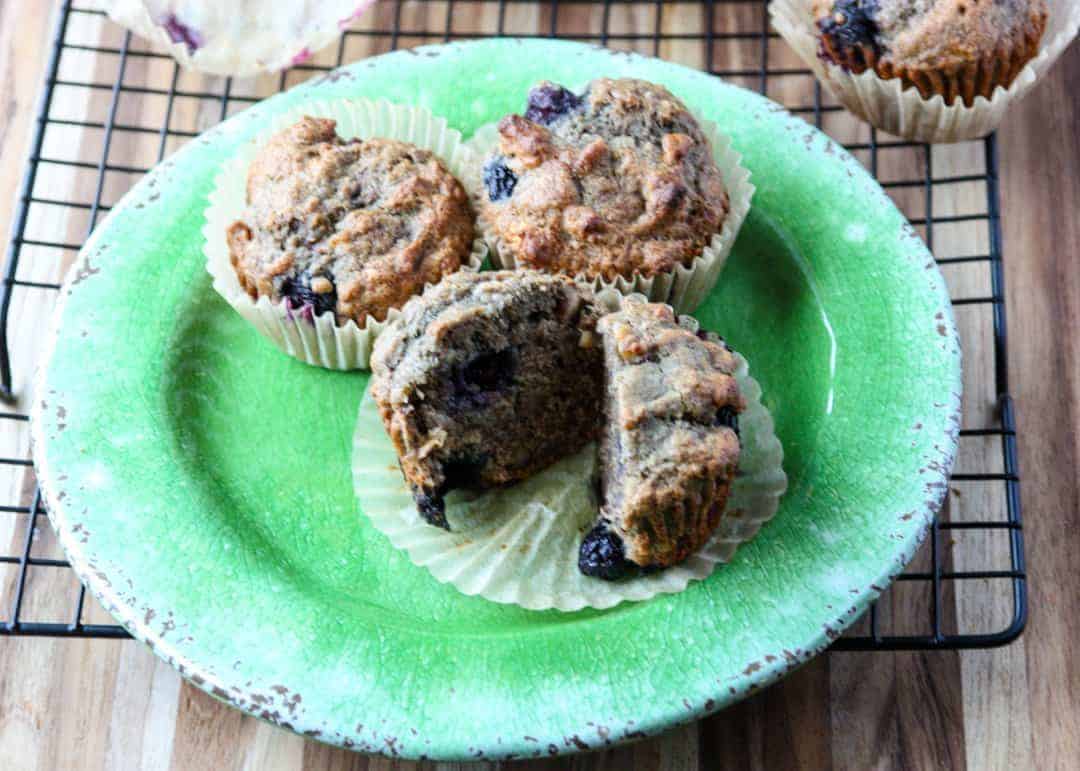 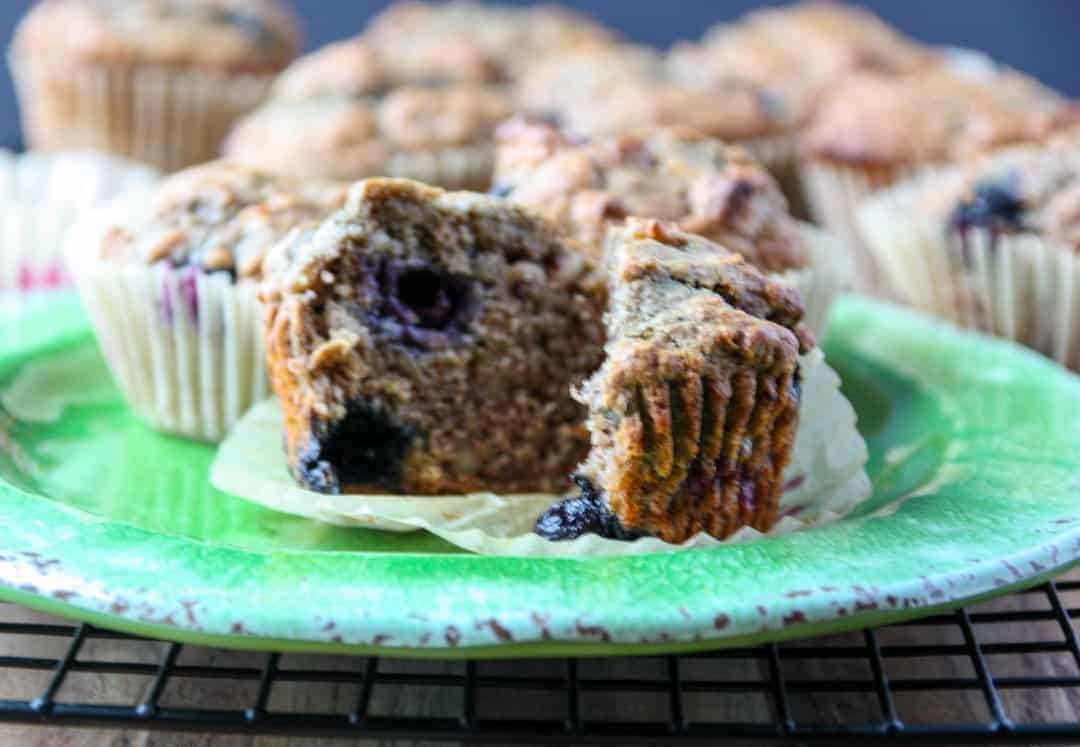 Tip for mashing bananas: Sometimes a fork is awkward to use in a bowl, and a potato masher is too big. Try using a pastry blender instead. If using frozen blueberries, use from frozen, without thawing. 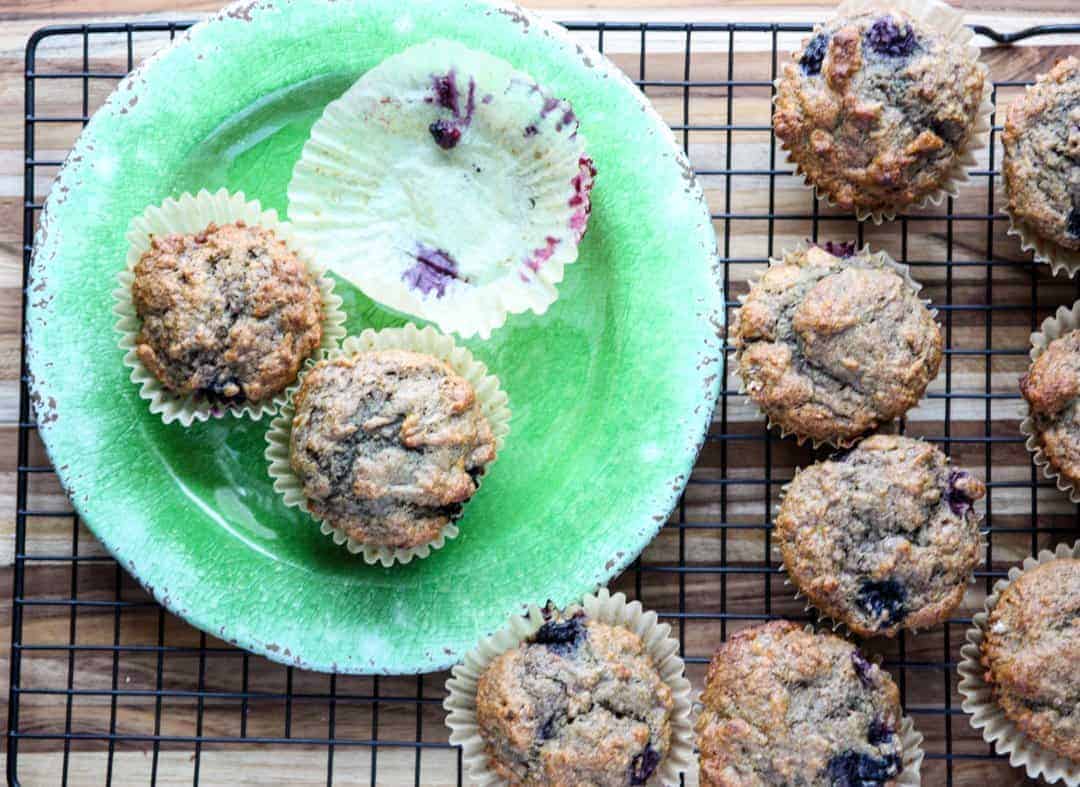