Chicken Tikka Masala Pizza is obviously not your regular pizza. I guess you could call it a fusion dish. 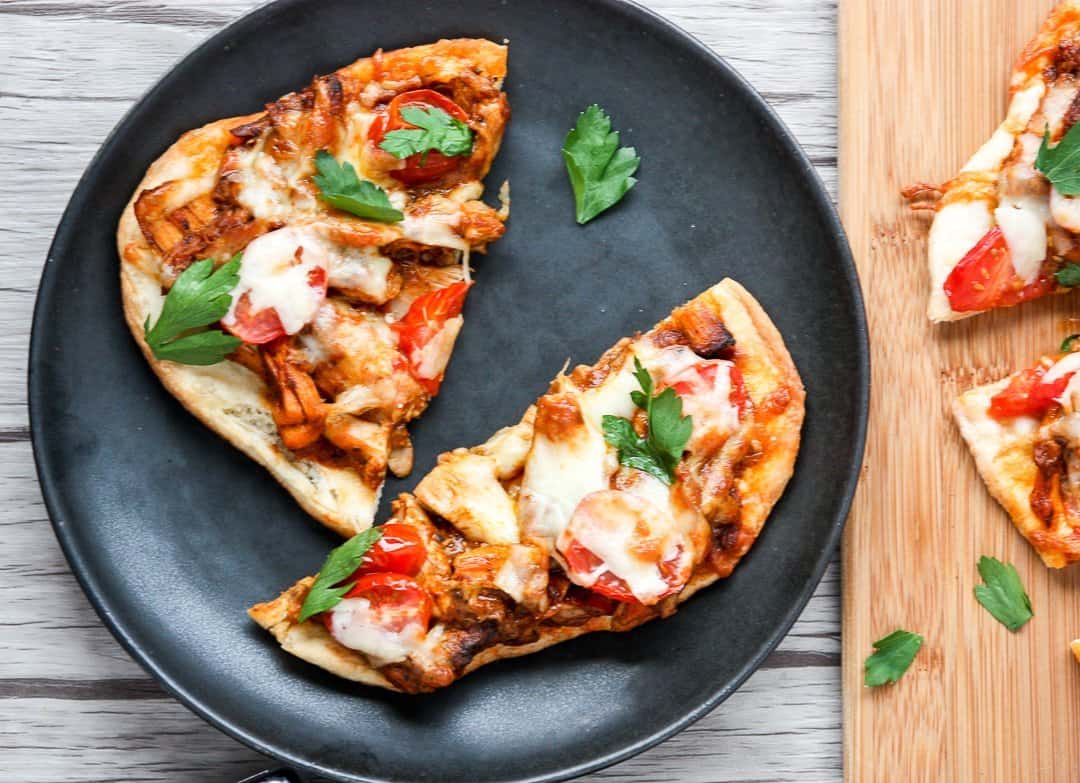 Chicken Tikka Masala – Is It Indian or British?

Chicken Tikka Masala is on the menu of almost every Indian restaurant. It’s a creamy, delicious tomato-based curry, and the spice level often varies greatly, depending on the cook.

There is dispute about the origins of the dish. It has been claimed that chicken tikka masala was invented in Glasgow, Scotland, and it has even been called the British national dish. This claim is disputed by Indian chefs, who say that this curry is, in fact, an Indian invention, and a thoroughly Indian dish.

This international food fight is actually quite amusing, and it even made the news back in 2009. Regardless of origins, chicken tikka masala is easy to make at home. And you get to control the amount of fat, sodium and even sugar. Swap out the cream for Greek yogurt and you won’t notice any difference, but your curry will be a whole lot healthier.

Why Not Naan Pizza?

I have mentioned before, that I love to make pizzas with naan bread, and when I make my homemade naan, I always freeze some just for that purpose. So, after making tikka masala, I pulled some naan out of the freezer. It occurred to me that a chicken tikka masala pizza on naan makes a whole lot of sense.

And yes, it does. It makes delicious sense, in fact. We loved these individual naan pizzas. You don’t need to make your own naan, you can buy them in the store. Nobody’s judging. But, It’s really easy to do if you want to give it a try. I didn’t use a lot of cheese, because I wasn’t sure how it would work out. It worked out great, so I’m leaving it up to you to add more if you choose. Also, I added some fresh tomatoes to the pizzas to balance the creamy sauce. 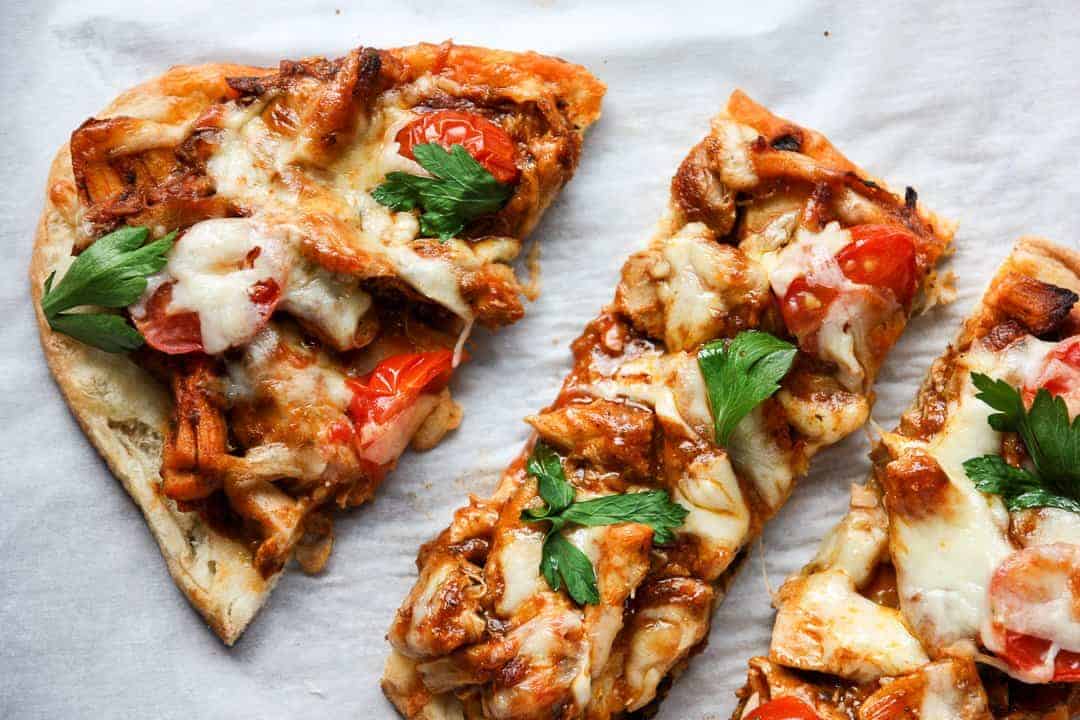 This chicken tikka masala pizza recipe is a quick one. Using chicken thighs means that you can skip the step of marinating the chicken in the yogurt, and it will still be tender and juicy. 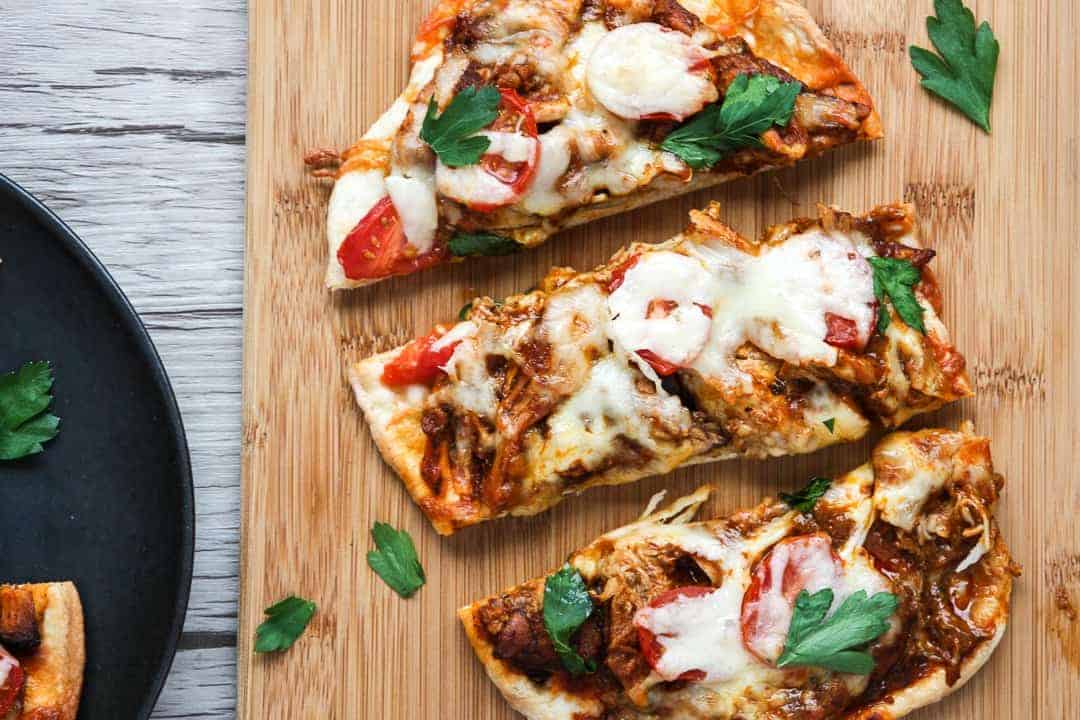 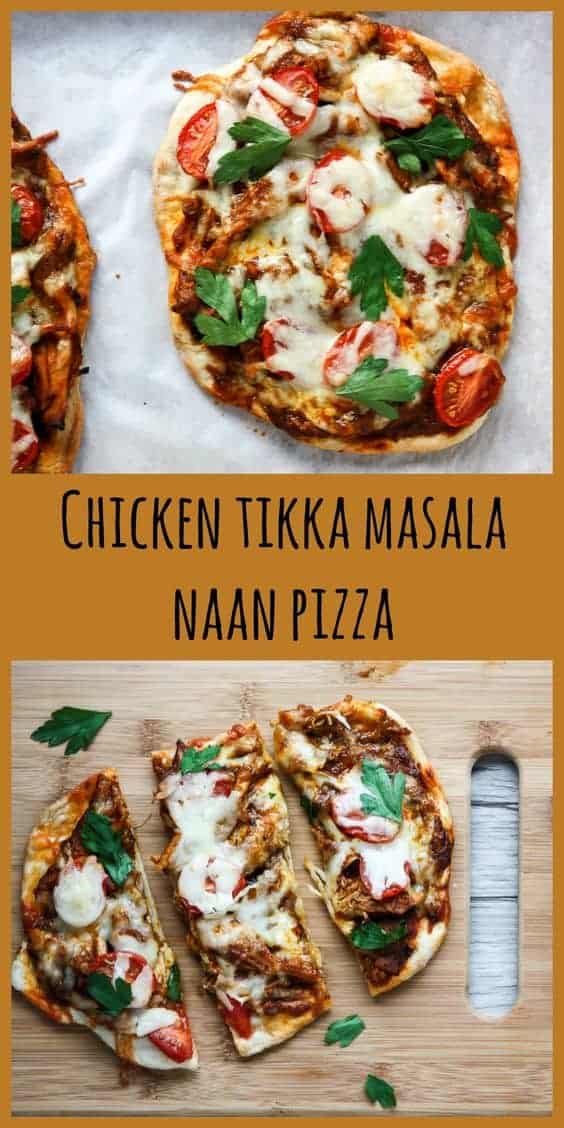