The Greyhound drink is a cocktail that’s been around since at least the 1930s. It’s typically just a simple grapefruit juice and vodka combination. It’s citrus season, and I am loving the grapefruit, especially the beautiful tart-sweet pink ones. When I had the idea for this cocktail, I had no idea that it had a name. I’m not very well versed in cocktails. I only knew that I wanted grapefruit juice to be in one. 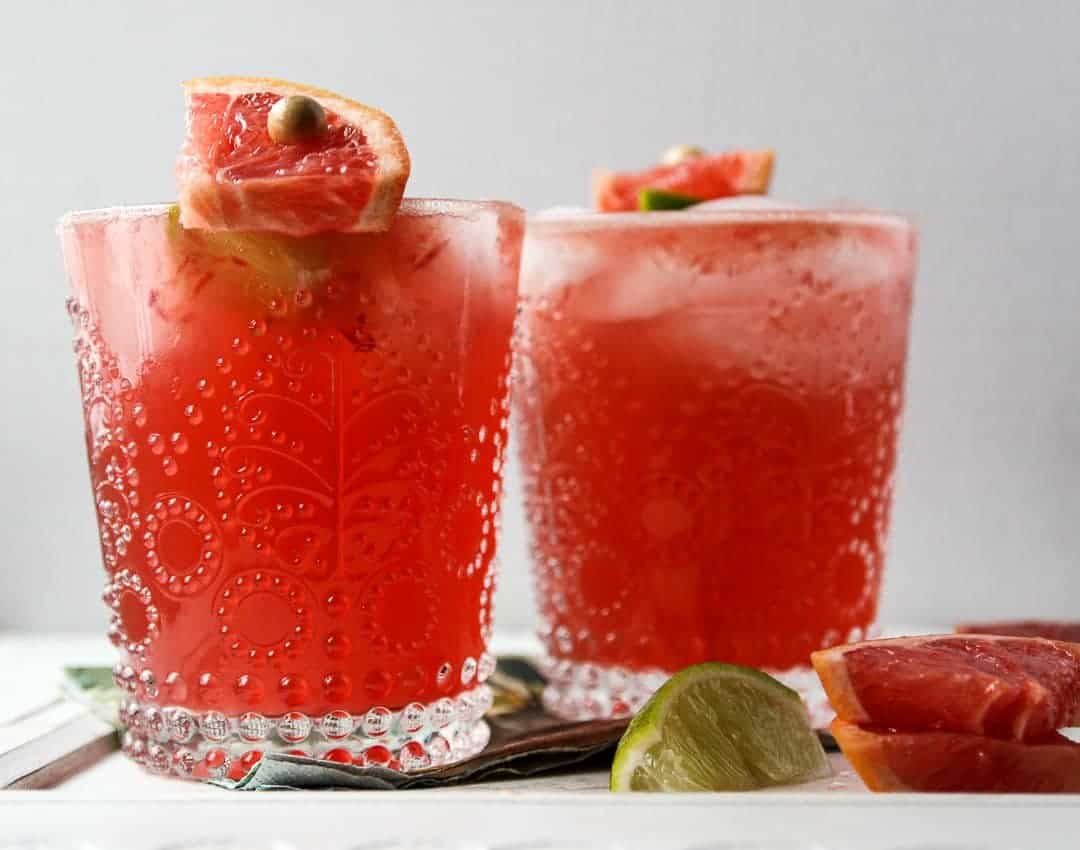 How The Greyhound Cocktail Got Its Name

It turns out, according to my research, that there is a reason for the name. At Greyhound Bus terminal restaurants (yes, that Greyhound) you could order a drink made up of canned grapefruit juice, sugar, and vodka. The drink became known as the Greyhound. Who knew? And here I was wondering about the connection between a fast running canine and a grapefruit drink. Anyway, mystery solved. Thanks, Wikipedia

No Canned Grapefruit Juice In This Drink

Canned grapefruit juice does not come into play in this refreshing, bubbly, citrusy grapefruit vodka cocktail. I made a virgin, as well as an alcohol-based version of this drink, and they were both delicious. So you can please teetotalers and kids with this drink, too. This beverage is so incredibly refreshing, that I wished it was summer. Well, really, I pretty much always wish it was summer.

But until then, this drink is a ray of citrus sunshine on a winter day in Canada. Although, this summer, I hope that grapefruit is in season somewhere, because I’ll be making a big pitcher of these for patio refreshment.

Hello, Ginger Ale; The Perfect Bubbly For This Cocktail

For this cocktail, I knew that I wanted to use freshly squeezed pink grapefruit, and I also wanted fresh lime juice and ginger. Fresh ginger was my first thought, but then I would need to make a simple syrup to counter the tartness of the citrus. I really didn’t want to do that, and besides,  I also wanted bubbles. So ginger ale. Ginger ale was perfect. Just enough sweetness, lovely ginger flavour, and bubbles for days. 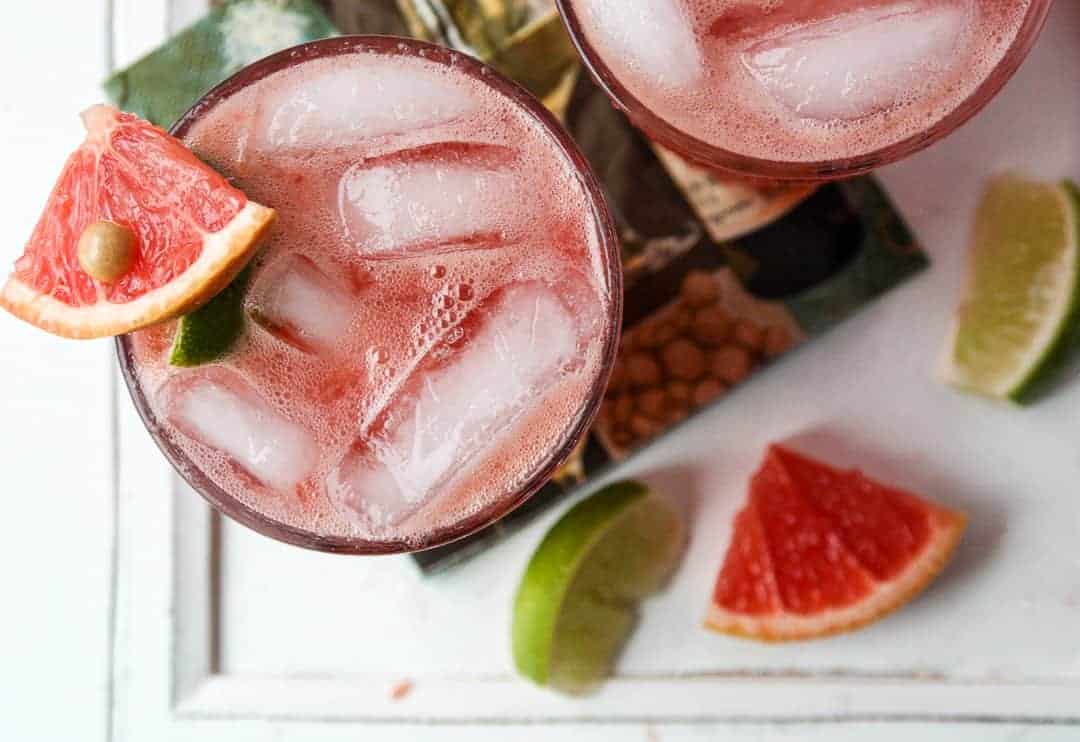 Using chilled vodka means you can use less ice, and your drinks won't be watered down. 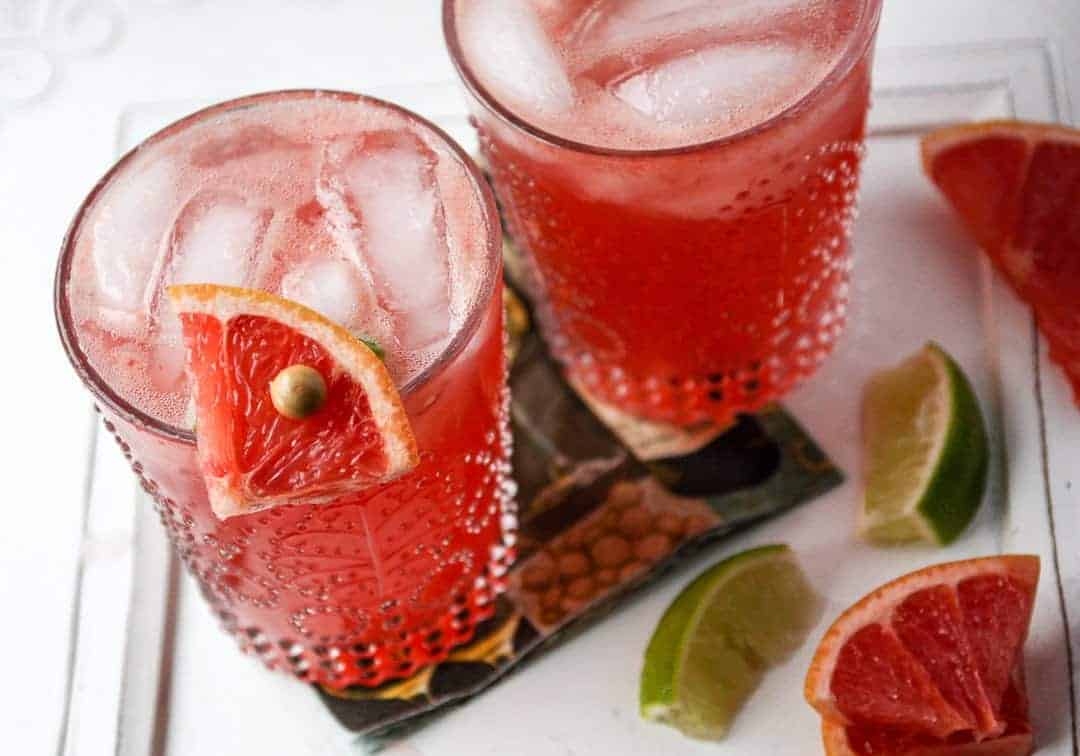 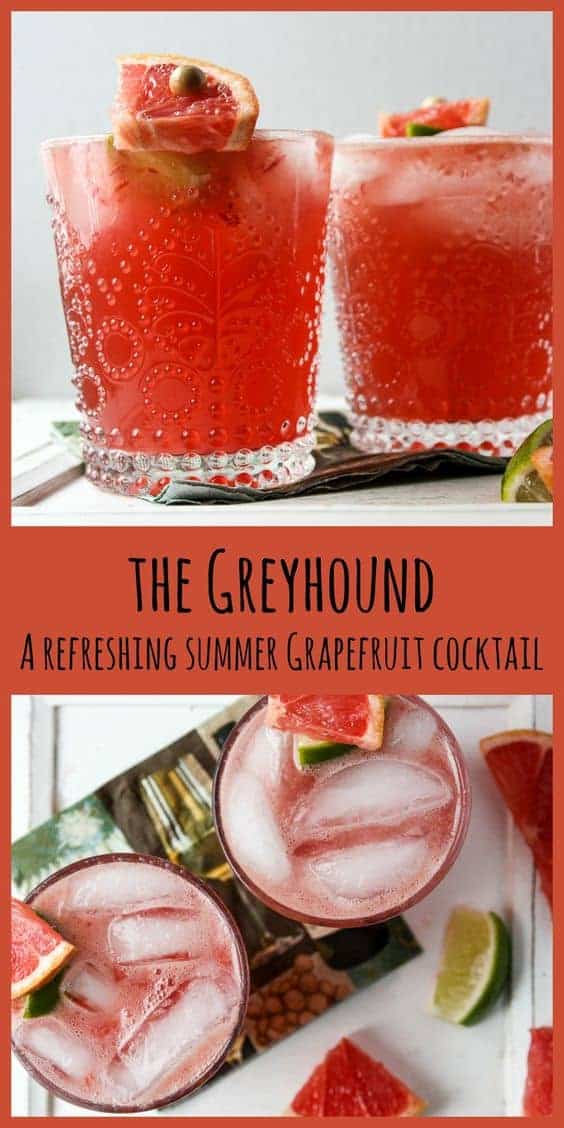