Mushroom Barley Soup is the second recipe in my series on Ancient Grains. I’m sure you’re familiar with barley, especially in its fermented liquid form, but you can put barley into your diet in other ways besides a cold one on a Friday night. Which, I’m certainly not judging, by the way. That is still, and always will be, a perfectly fine way to get a fix of some barley. 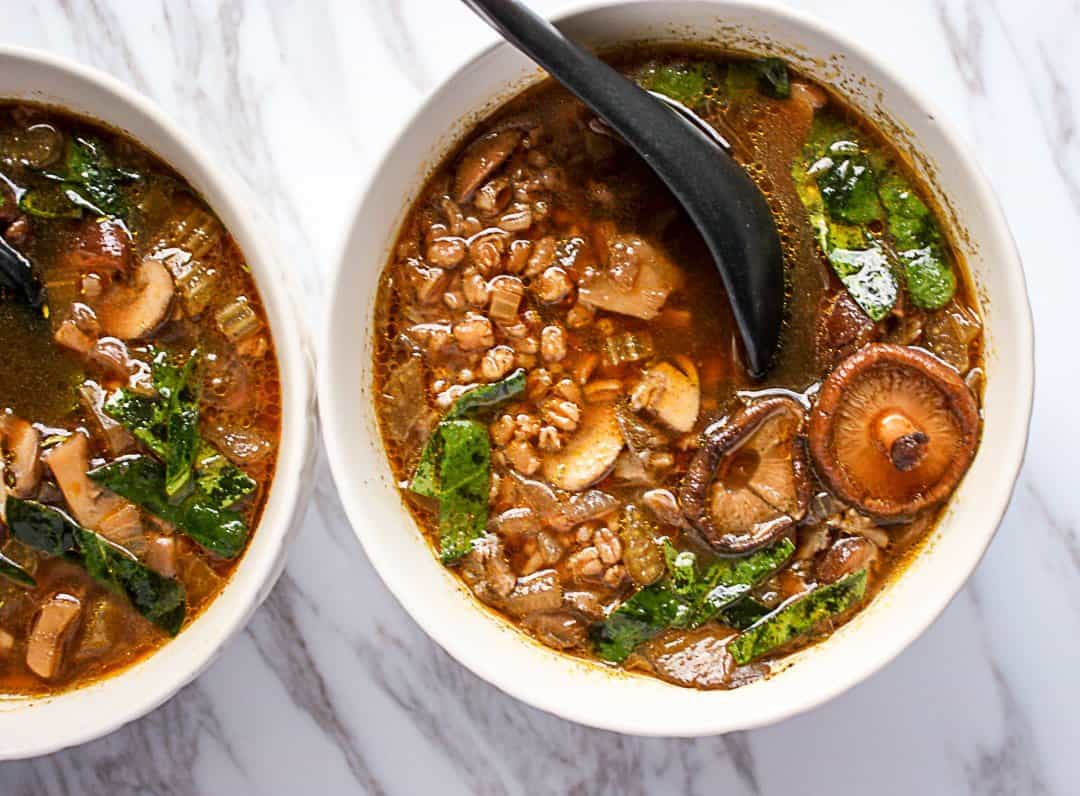 All About The Goodness of Barley

People have cultivated barley as far back as 13,000 years ago. Now that definitely qualifies as an “ancient” grain, right?.

As with all whole grains, barley is rich in fibre, which helps to regulate blood sugars, reduce cholesterol, and keep your heart healthy and happy. For all the goods on this healthy grain, check out  Barley: Health Benefits, Facts, Research.

Hulled barley is the whole grain, and pearl barley is the barley grain with the hull removed. When you remove the hull, you also remove a lot of the nutrition. Whole grains pack a huge nutrition profile, so, whenever possible, try to use hulled barley. 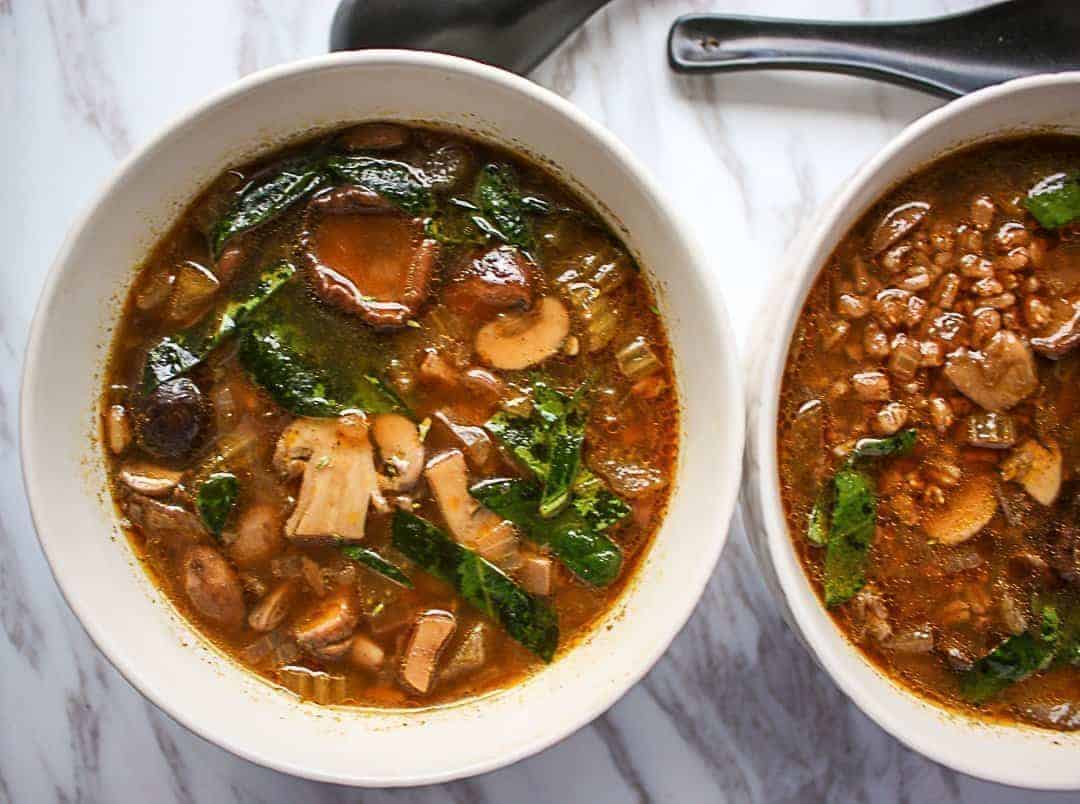 I adore mushrooms, in all of their incredible variety. However, I do know that some people are not mushroom fans. Some folks have an issue with the texture and earthiness of mushrooms. If that is true for you, then I gotta tell you, you’re looking at the wrong recipe. 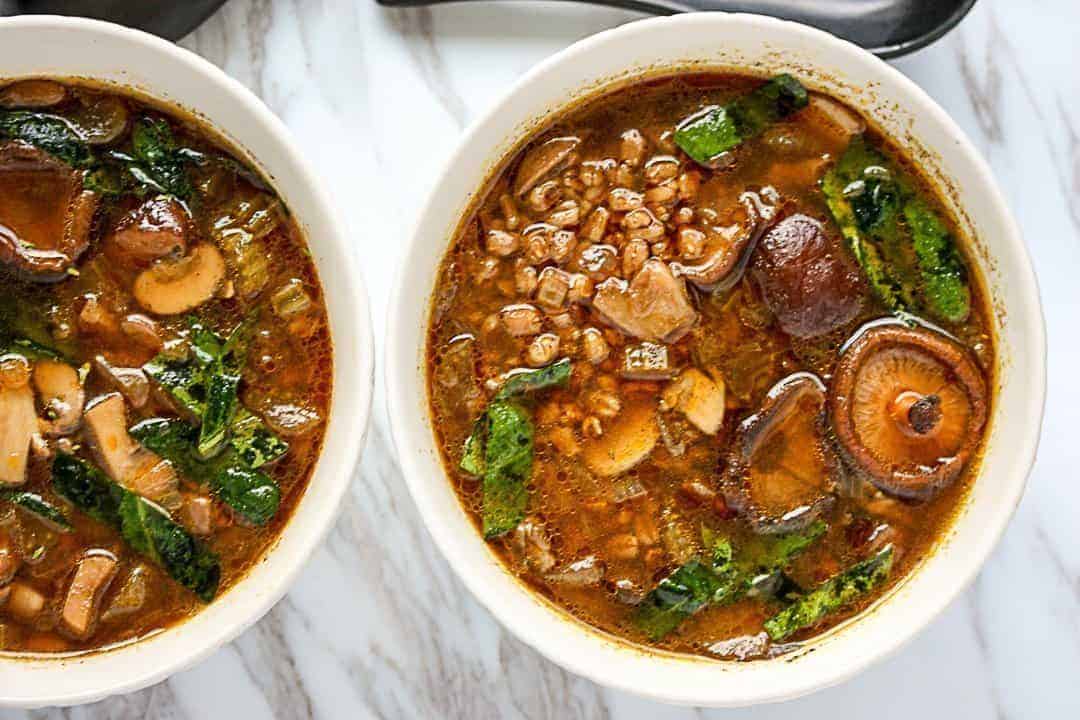 Marvellous Mushrooms For Your Soup

Mushroom Barley Soup is my vegetarian take on the classic Beef Barley Soup. This soup is simply wonderful. I mean, really, really good. There are three kinds of mushrooms here, for layers of deep mushroom flavour.

The shitake mushrooms have a wonderful, meaty feel in your mouth, and the barley adds a hearty nuttiness with a little bit of chewy. One of the mushroom varieties in this recipe is dried and reconstituted shitake mushrooms. It’s an important ingredient because you use the soaking water in the soup, which adds a rich depth of flavour. 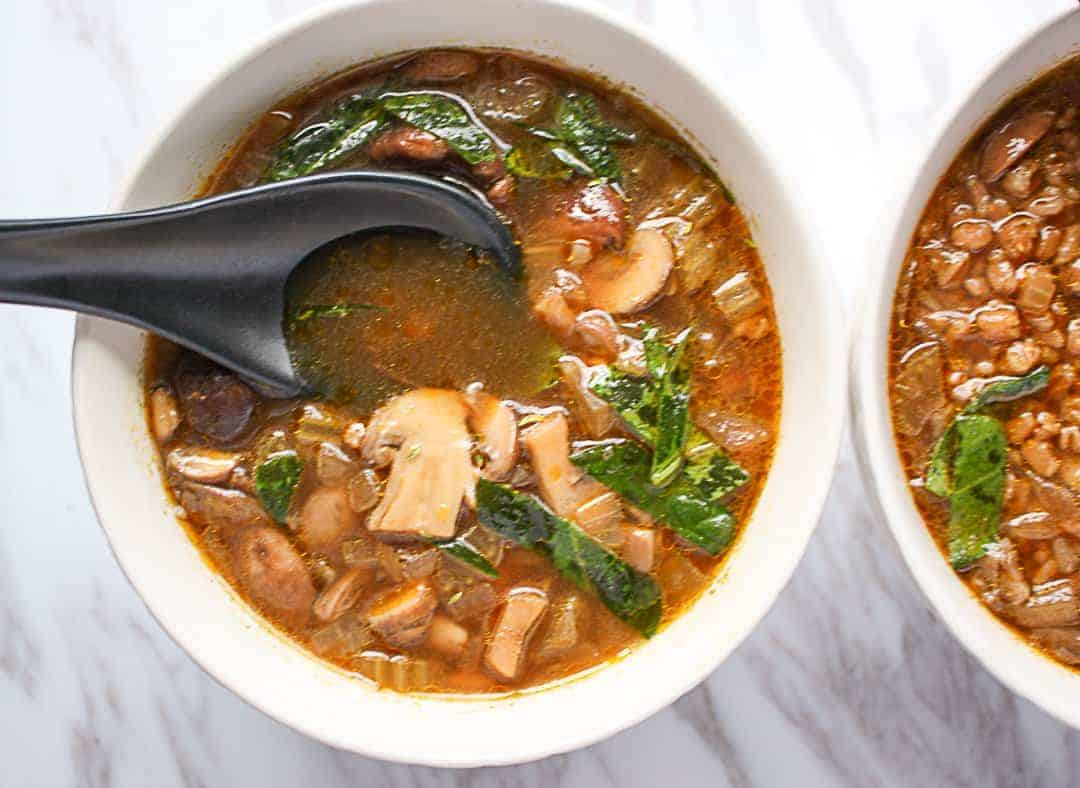 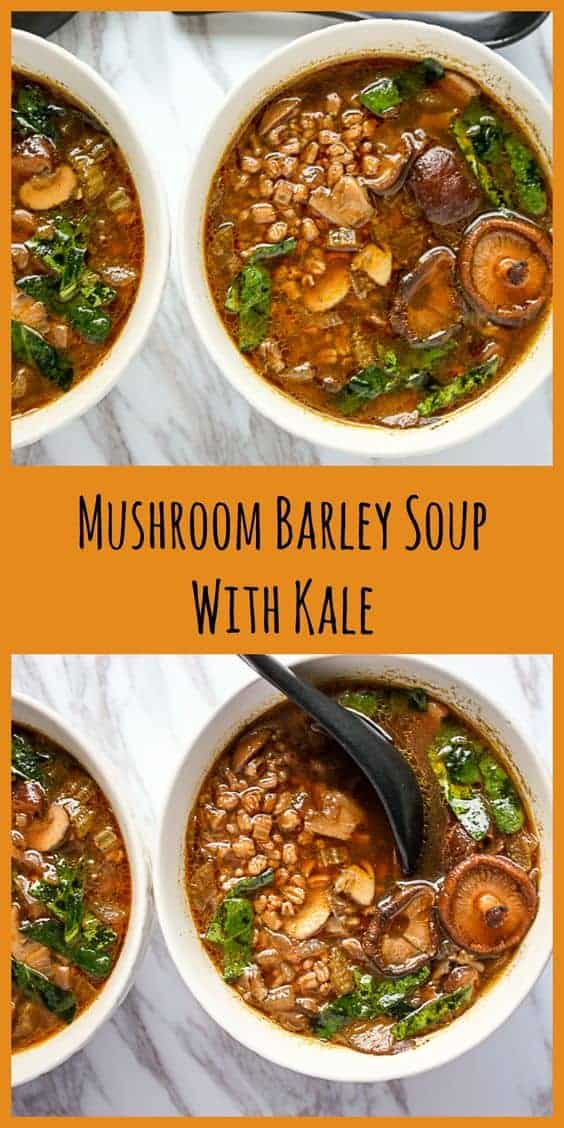