Chocolate Chia Pudding is like having dessert for breakfast. 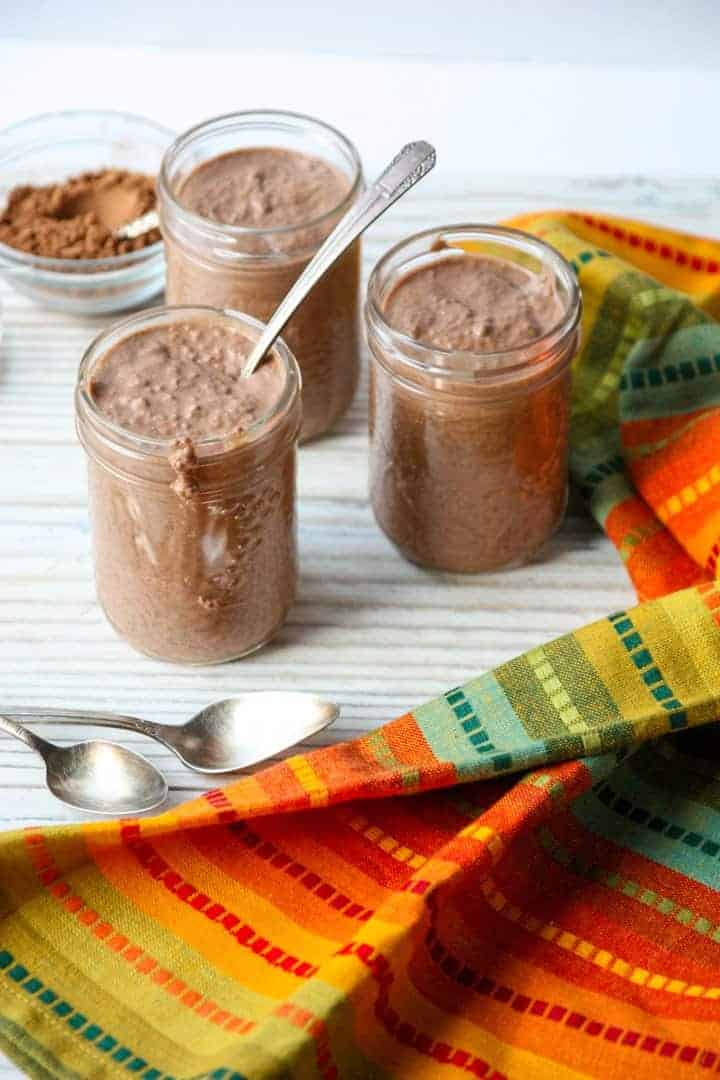 Although this pudding feels like dessert, it’s actually a nutritious, convenient, make-ahead breakfast. I love to make these jars up on the weekend so that we have delicious and healthy grab and go breakfasts during the workweek.

Although chia seeds have become popular and touted as a superfood in the past few years, there is evidence that chia seed has been cultivated as early as the 16th century by the Aztecs in Mexico.

Besides Mexico, chia is grown today in Central and South America, Australia, and some areas of the U.S.A.

Besides chia pudding, chia seeds can be used in baked goods, sprinkled on salads, and added to breakfast cereals and granola, and to smoothies, Smoothie Bowls, or yogurt. Have you tried these delicious Chia Seed Energy Bites? 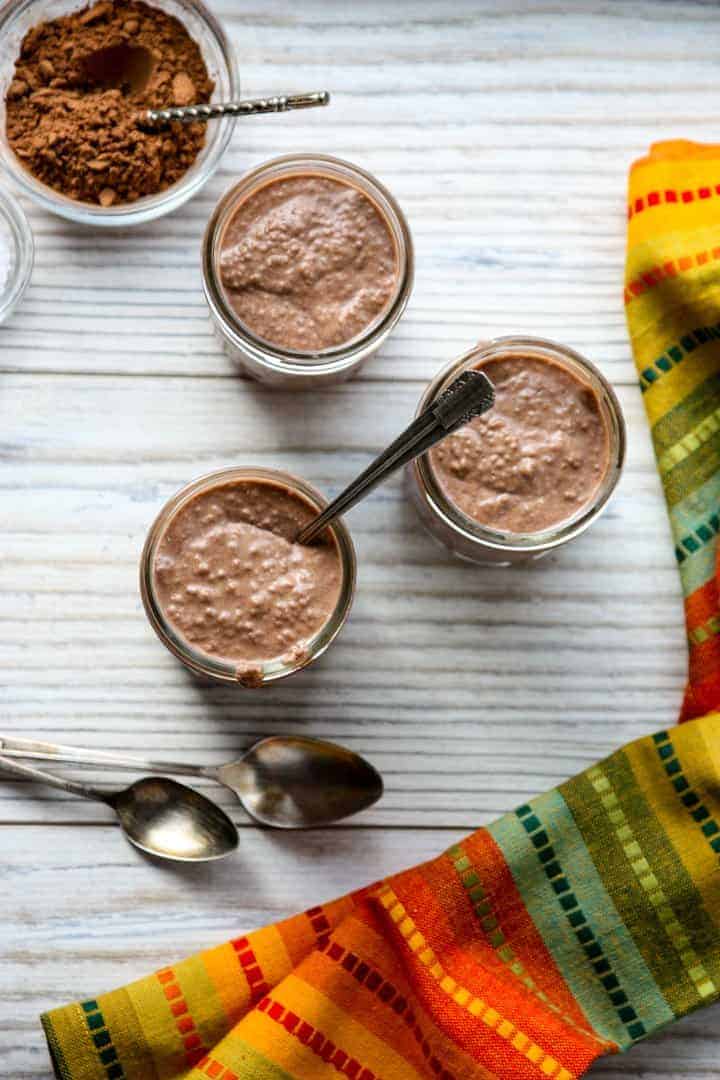 Chia seed is a healthy addition to any diet, and because it’s so versatile, it’s a great ingredient to have on hand. Unlike flax seeds, chia seeds are absorbed by the body, so they don’t need to be ground. Chia is high in fibre, protein, calcium and omega 3 fatty acids.

Omega 3’s have been shown in some studies to help protect us from cancer and other diseases, so they are important to our health. Get more info on omega 3’s here. 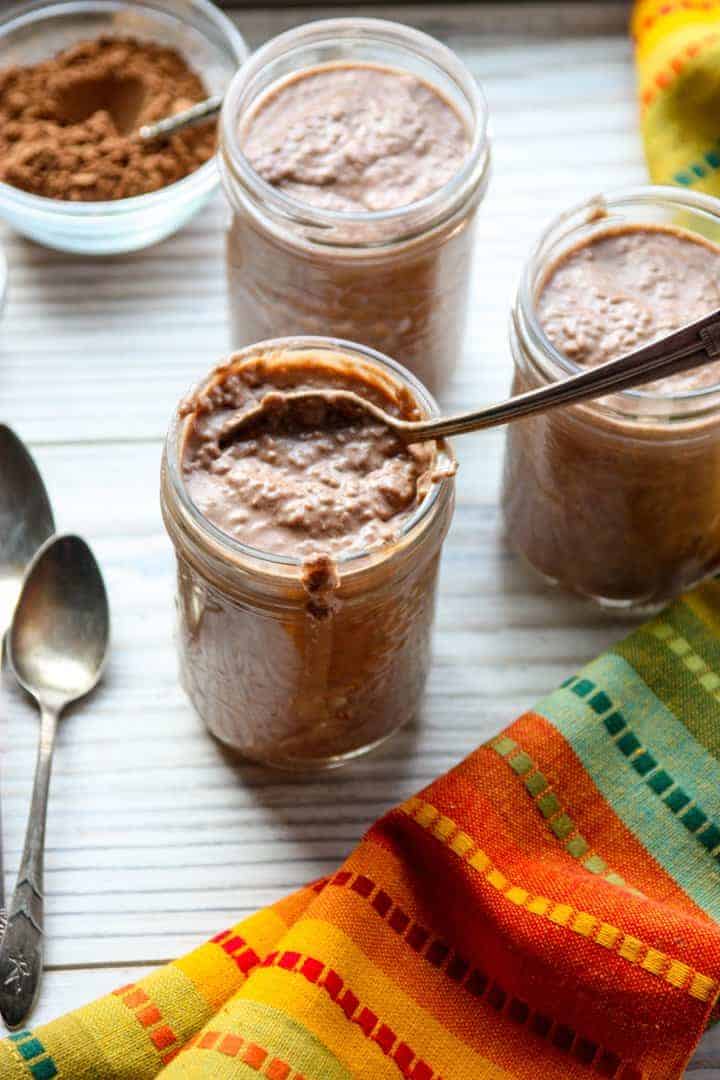 Because chia seeds have a neutral flavour, the sky is the limit for flavouring your chia pudding. This chocolate chia pudding recipe is using cacao powder, along with coconut milk for a creamy chocolate pudding. With just a touch of maple syrup for sweetener, the pudding tastes decadent, even though it isn’t. 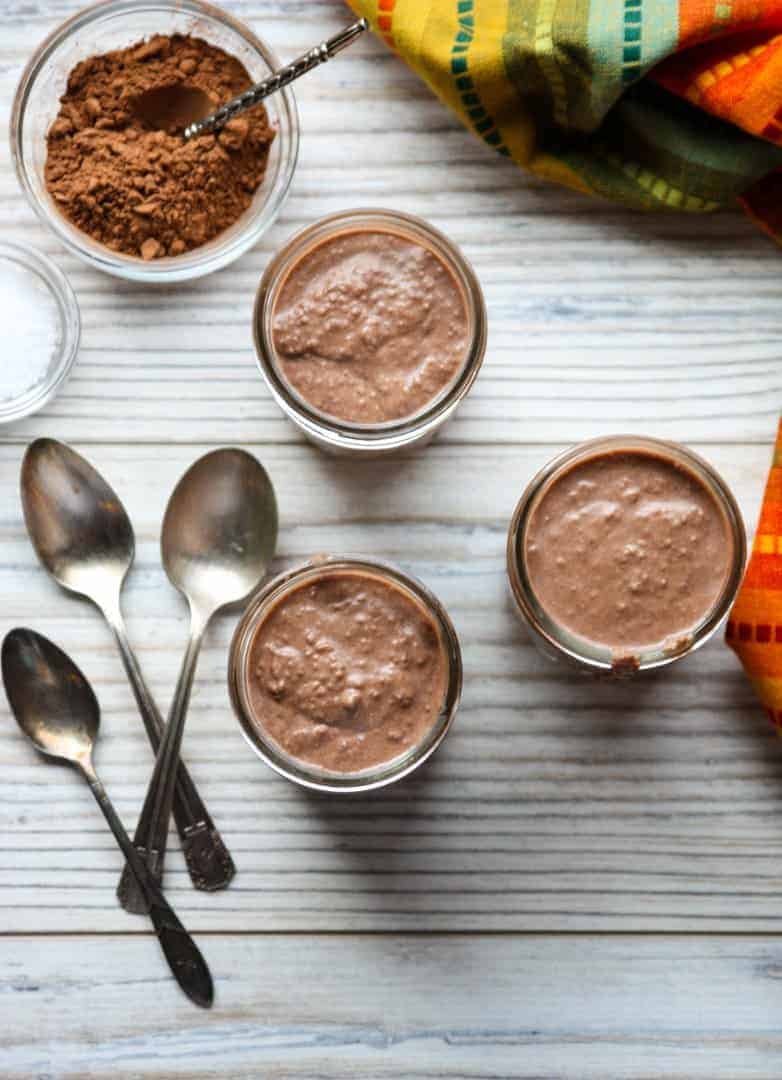 What Milk to Use for Chia Pudding

I used coconut milk, along with some cashew milk for this chocolate chia pudding, but you can use any milk, soy, oat, or nut milk, including dairy milk. I like to use milk for the creamy texture, but you can use juice instead, or even water. Really any liquid will work. 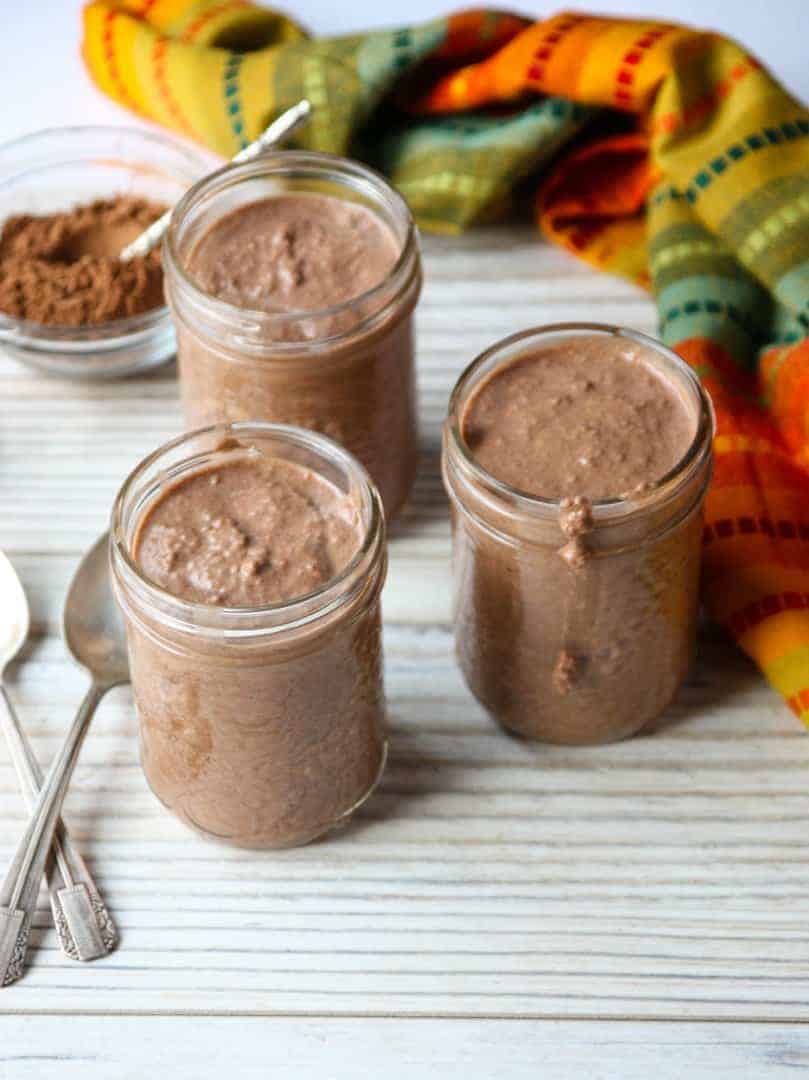