Buckwheat pancakes were a forgotten childhood favourite for me. I’ve finally re-visited them, and I’m glad that I did. They are an old-timey favourite and for good reason. They’re delicious. Light and hearty at the same time, with a distinctive, nutty and delicious flavour. 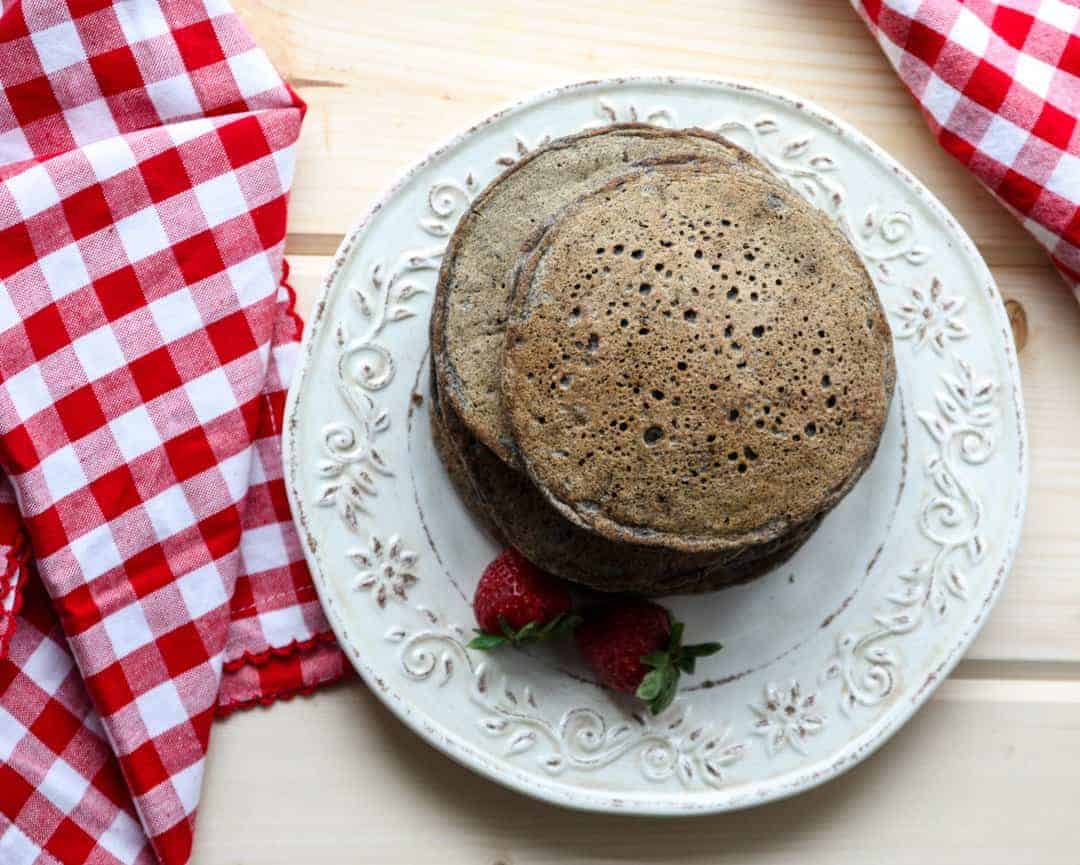 There’s No Wheat in Buckwheat

Buckwheat is actually a seed, called a groat, and not a grain, although it is commonly used as one. Buckwheat seeds come from a flowering plant which is related to rhubarb, and it’s been cultivated for thousands of years. The flowers of the buckwheat plant attract bees who produce delicious buckwheat honey. 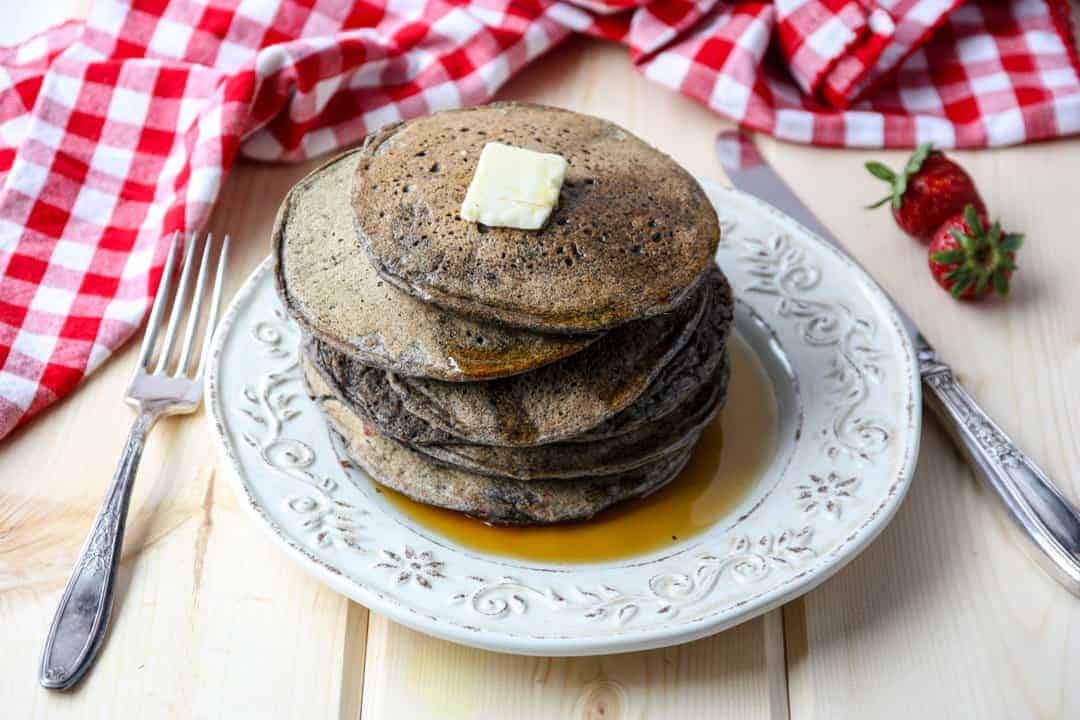 First of all, because buckwheat is not a grain, it does not contain gluten. Which is good news if you are on a gluten-free diet, and were thinking that you couldn’t have pancakes.

Secondly, buckwheat is highly nutritious. It’s high in fibre and has a low glycemic index, meaning it won’t cause spikes in blood sugar levels.

Finally, buckwheat is rich in amino acids and antioxidants, and high in minerals, including iron. Get more buckwheat nutritional info here: Buckwheat 101 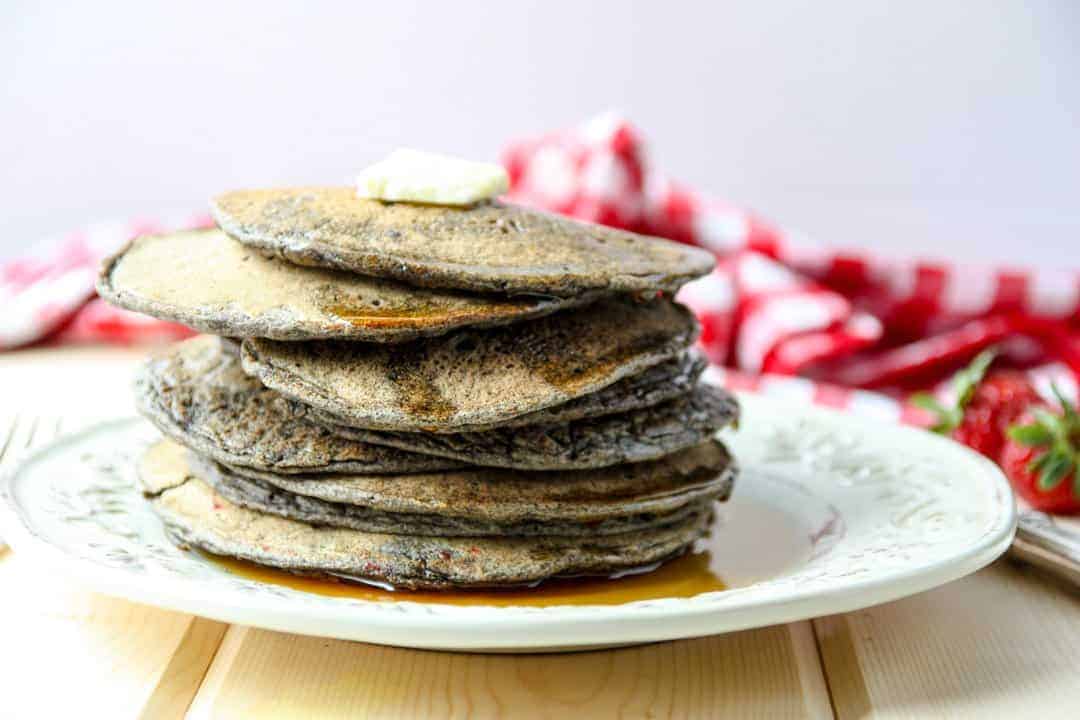 Buckwheat has a rich, nutty, slightly bitter, but pleasant flavour. Toasted buckwheat, or kasha, has a more intense flavour than raw buckwheat. When cooked, the groats have a texture similar to brown rice. You will notice the dark colour of these buckwheat pancakes because buckwheat flour is dark. However, the dark colour doesn’t translate to a heavy pancake. These pancakes are beautifully light and fluffy. 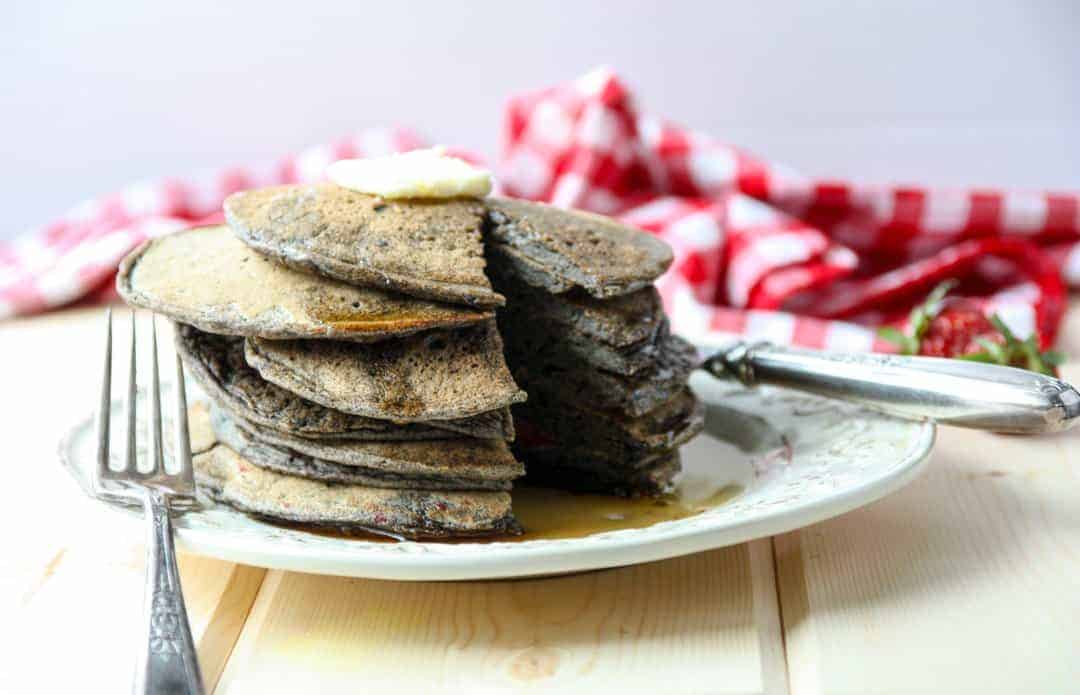 How to Use Buckwheat

You can use buckwheat groats raw, or as kasha, (kasha is toasted buckwheat), in crackers, granola, and other baked goods. You can also cook and use the groats in the same way as rice, or in salads, like Butternut Buckwheat Salad, or Mediterranean Buckwheat Salad. Buckwheat porridge is a delicious breakfast cereal. Buckwheat is also milled into flour, which you can use to make baked goods and these Buckwheat Pancakes. Soba noodles are made with buckwheat flour.

Buckwheat groats and buckwheat flour are easy to find in most grocery stores. Although buckwheat is a gluten-free ingredient, be sure to check the product label if you are on a gluten free diet. Some products, in the manufacturing process, are cross-contaminated with wheat, and you should look for a “gluten-free” claim on the label. 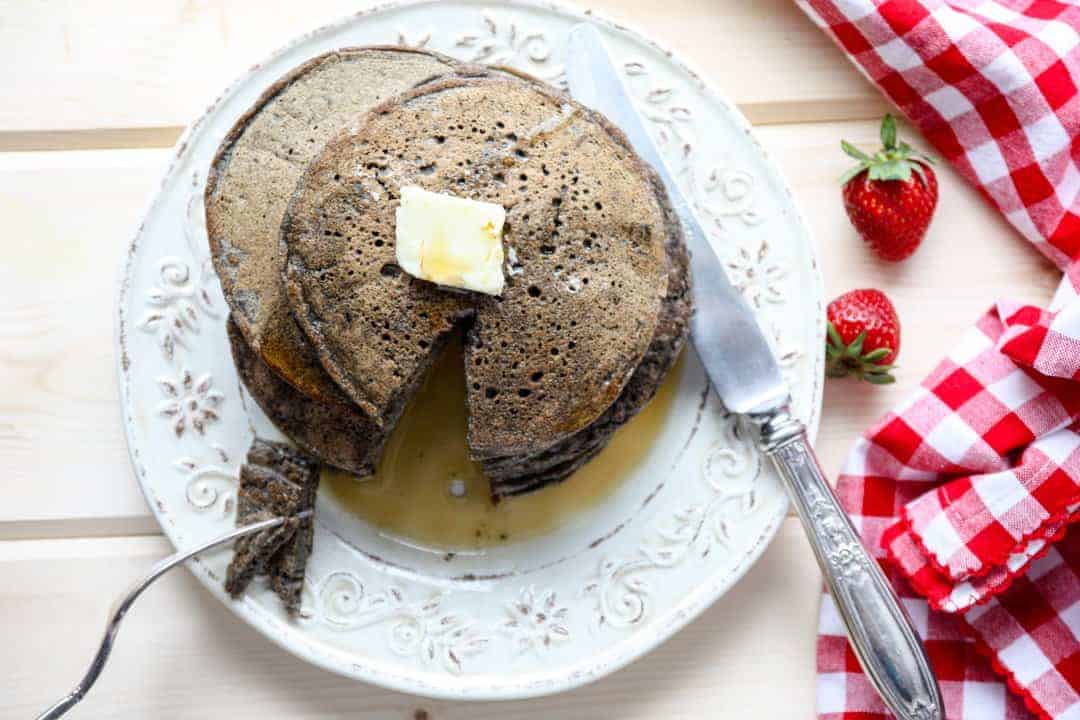 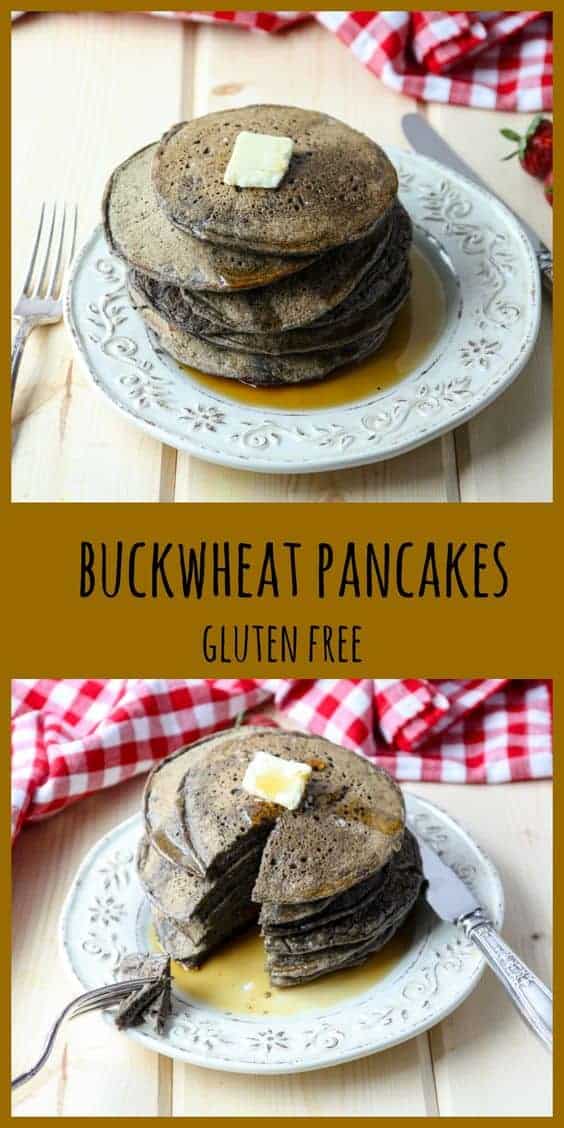