I’m finishing up my series on ancient grains with a buckwheat salad. Buckwheat, because of its name, is sometimes confusing to people. 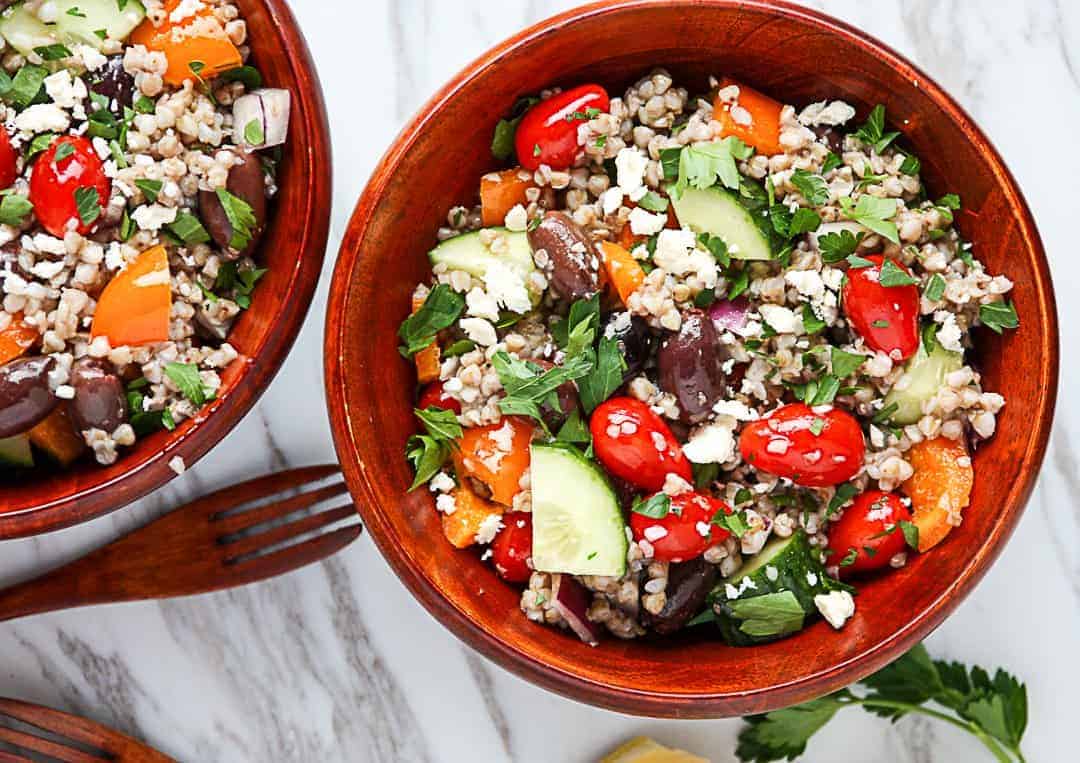 Buckwheat is not Wheat

The buckwheat groat isn’t actually a grain. In fact, buckwheat has no relation to wheat at all. It’s really a seed, and the plant is a relative of rhubarb. However, it is very similar to a grain, so it usually gets included in that category.

Buckwheat is ideally suited for gluten-free diets and is often milled into flour. Japanese soba noodles are made from buckwheat flour, and you have probably had buckwheat pancakes at some point. Personally, I love buckwheat groats as a hot breakfast cereal mixed with oats, drizzled with honey and sprinkled with cinnamon. (Serious breakfast yum) 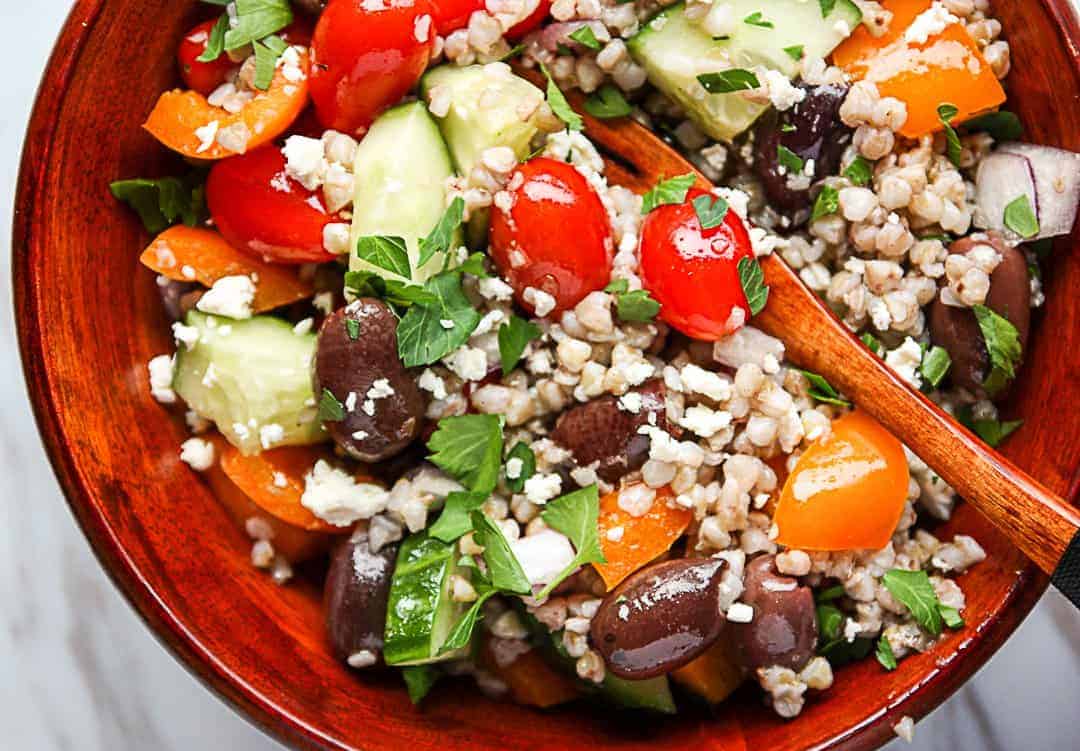 Buckwheat is Still an ancient grain

Like other ancient grains, buckwheat cultivation dates back to ancient times. It’s been a staple in many cultures over the ages and grows all over the world, from Asia, the Middle East, Russia, and Eastern Europe, to North and South America. Most people, throughout the world, have access to it, locally. And that’s a wonderful thing. Also, It’s a fast-growing crop and very disease resistant, so farmers don’t have to use pesticides and other chemicals. This makes it a very sustainable food crop, for the world. 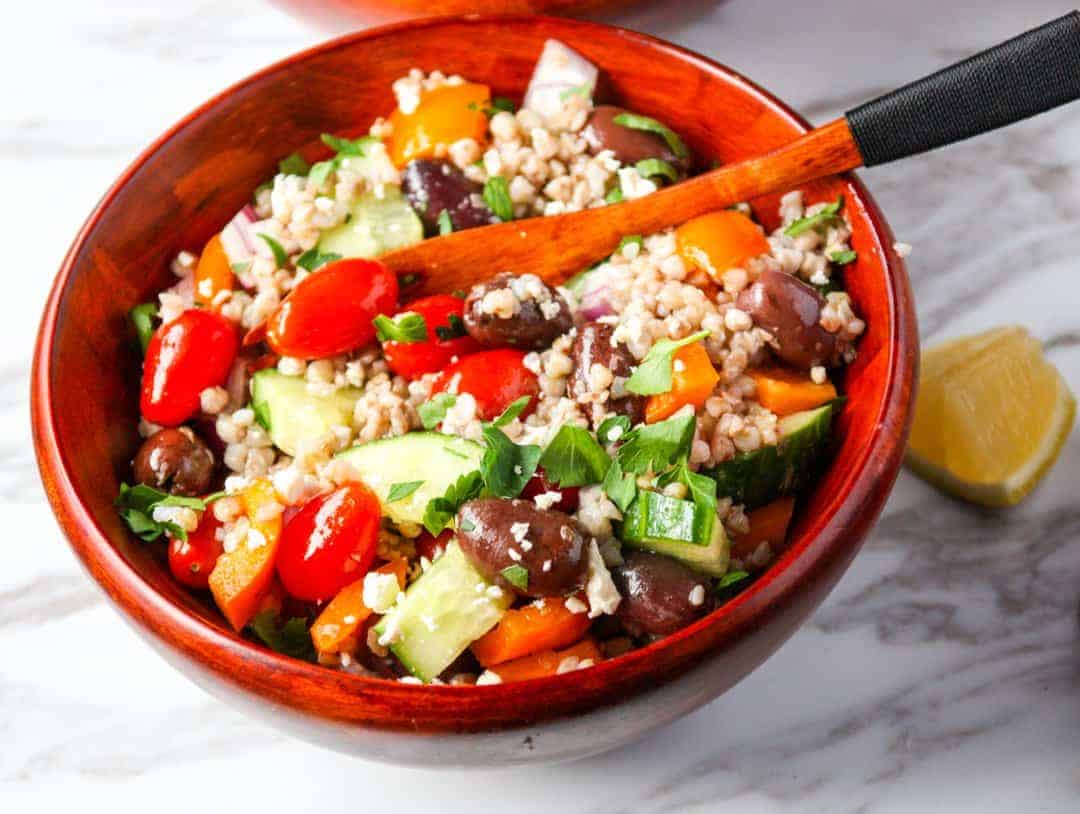 Why We Need Buckwheat in our Diets

This “grain” is packed with nutrients, and it’s also high in fiber and is a complete protein. Not bad for a humble seed, right?  Also, some research says that this humble seed can be helpful for people with diabetes in keeping blood sugar levels healthy. For more on that, as well as other health benefits of this dynamo seed, check out Buckwheat May Help Manage Diabetes on WebMD.

I’m using the hulled seed, or groats, in this Mediterranean salad. They cook quickly, unlike many other grains, and have a delicious toasty flavour, which is a great backdrop for the vegetables in this salad. The cooked groats are very light and fluffy in comparison to the denseness of many other grains. I love the texture. You can substitute buckwheat for white rice in any dish. And, it cooks faster and has quadruple the nutrition, so why wouldn’t you?

You can serve this buckwheat salad as a side dish, but it’s hearty enough for the main, too. The protein content makes it a meal in itself. 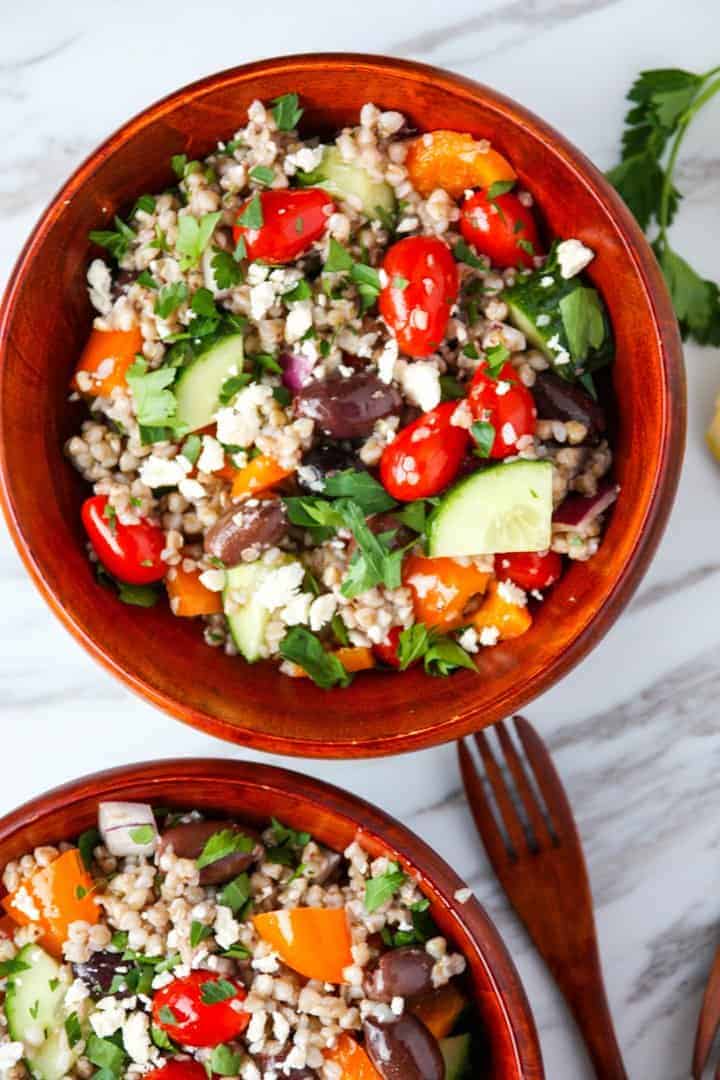 I hope you enjoyed my exploration of only just a handful of the incredible variety of ancient grains. If you haven’t been following along, you can check out the other recipes here: Farro Risotto with Winter Squash; Broccoli Bulgur Pilaf; and Mushroom Barley Soup. Tune in again this spring, because I have plans for more posts on some of the many other ancient grain varieties. What are you cooking with grains? I love to hear your comments, ideas, and thoughts! 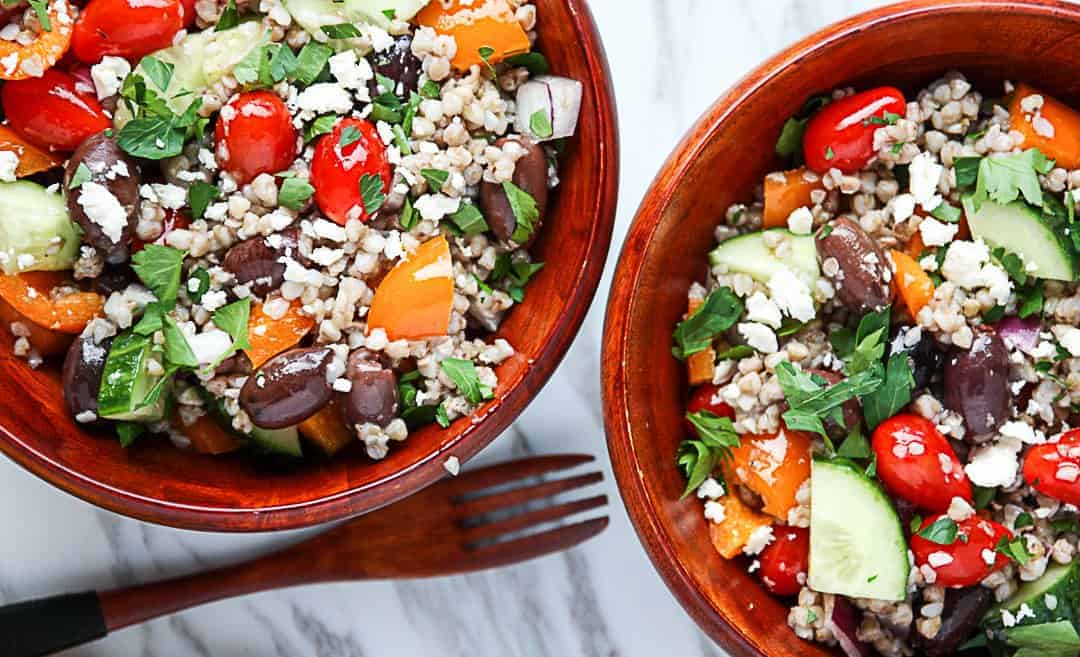 This salad is vegan unless you add feta cheese.